At least 14 people were killed and 17 others injured on Thursday when a heavily-armed young Pakistani-origin couple opened indiscriminate fire during a Christmas party at a centre for people with disabilities in California, the deadliest shooting in the US since 2012. 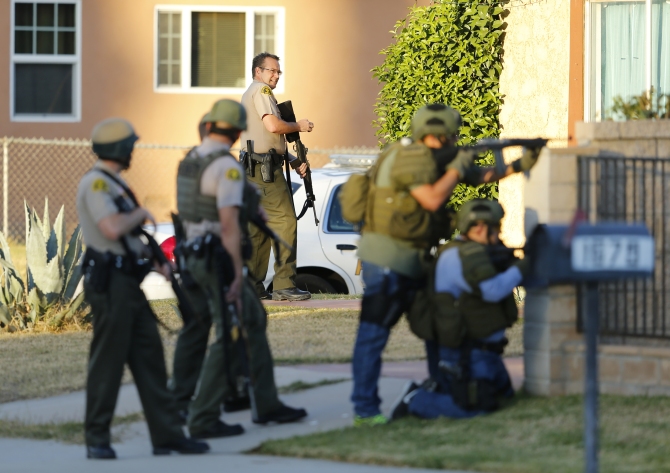 The shooters wearing "assault-style clothing" targeted the party at the Inland Regional Centre in San Bernardino and fled after the carnage in a black SUV, leading to a lengthy police chase. Hours later, the attackers were killed by the police in an encounter.

Jarrod Burguan of the San Bernardino police identified the two suspects killed in the shootout with the police as Syed Rizwan Farook, 28, and Tashfeen Malik, 27, both of Pakistani-origin. 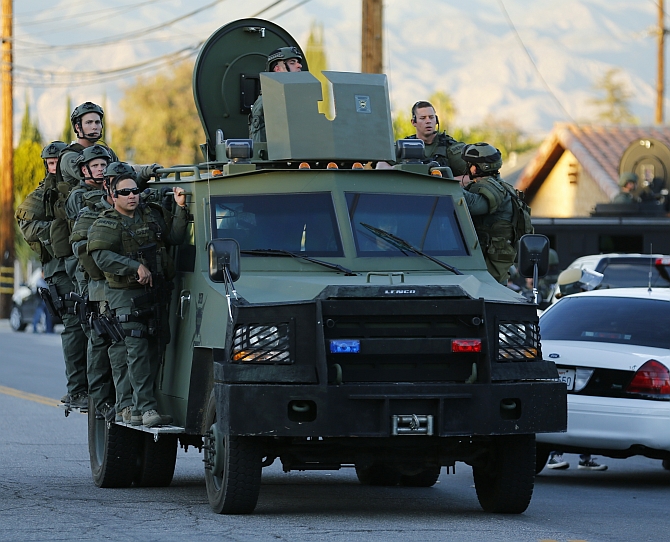 The shooting occurred when the employees of county health department were attending the party with more than 500 people were present at the centre, police said.

Farook and Malik were married and the parents of a 6- month-old daughter, according to Farook's brother-in-law Farhan Khan. 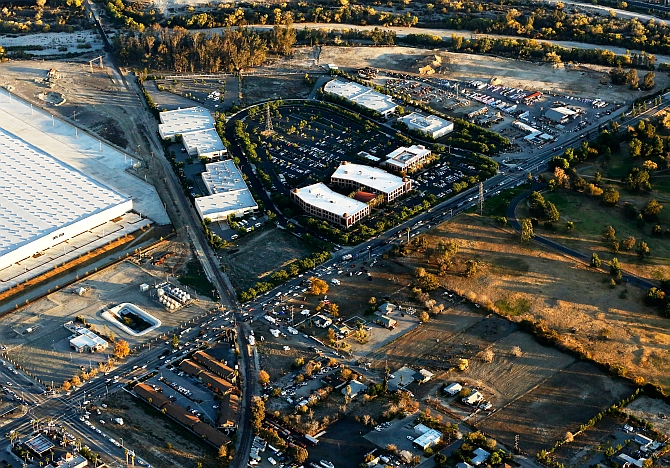 Farook was born in the US and was an American citizen. He was an environmental specialist with the county health department who sometimes worked at the InlandRegionalCenter.

Farook had been at the party and left "angry" amid a dispute, Burguan said. He and his wife then returned with explosive devices, assault-style rifles and handguns. They were dressed in "dark, kind of tactical gear", the police chief said.

"We don't have the motive at this point. We have not ruled out terrorism," Burguan said. 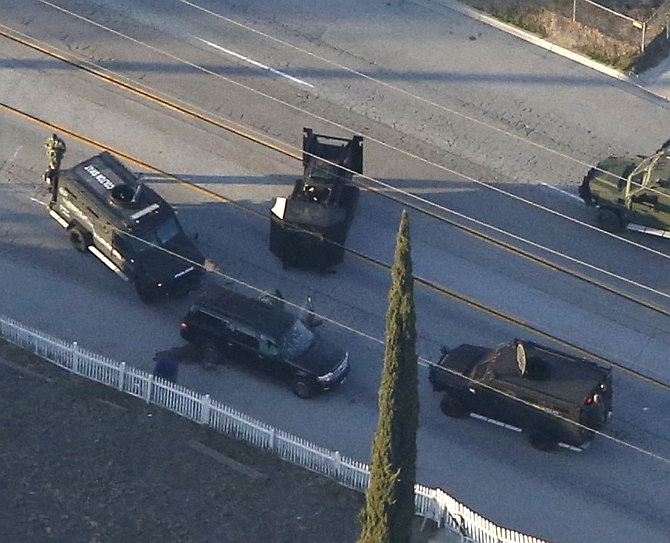 An SUV with its windows shot out that police suspect was the getaway vehicle from the scene of the shooting. Photograph: Mario Anzuoni/Reuters

"Based upon how they were equipped, there had to be some degree of planning that went into this. I don't think they just ran home and put on these tactical clothes, grabbed guns and came back on a spur of the moment thing," he said. 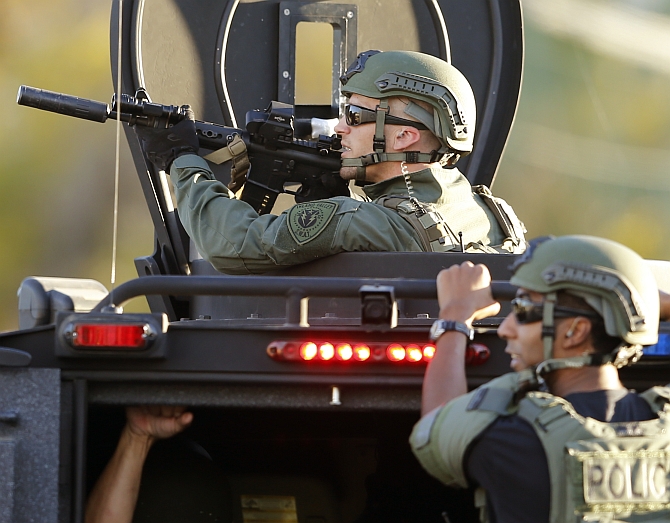 At least 14 people died in the shooting, the police said, describing it as an incident of "mass shooting".

Seventeen others were injured -- mostly by bullets from automatic-style rifles. Some persons injured in the panic to escape. 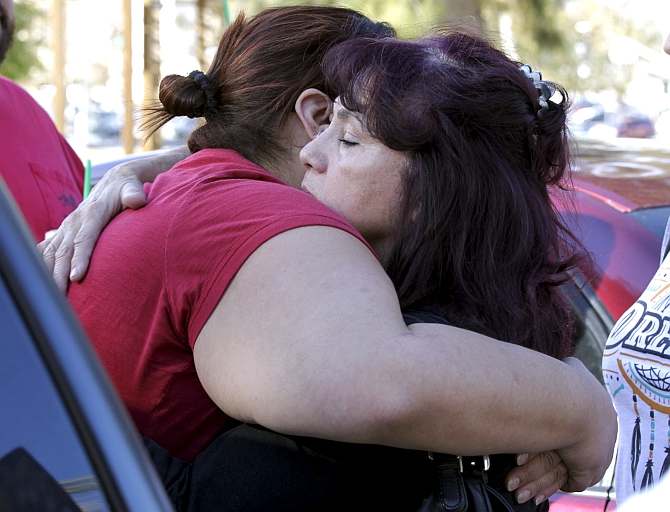 Teresa Hernandez (R) hugs Monique Gutierrez at the Rudy Hernandez Community Center as they wait for a relative who was not injured after a shooting rampage at the Inland Regional Center. Photograph: Alex Gallardo/ Reuters

"A device that looked like a bomb also flew out of the vehicle," an official was quoted as saying by media reports. Reacting to the incident, President Barack Obama said, "We should never think that this is something that just happens in the ordinary course of events, because it does not happen with the same frequency in other countries."

The attack was the deadliest shooting on US soil since the Sandy Hook school massacre in 2012. 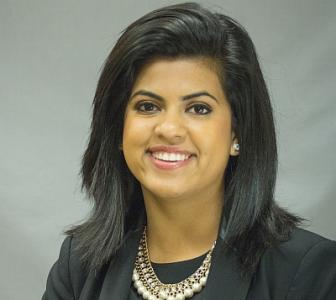 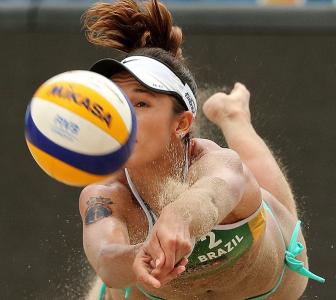 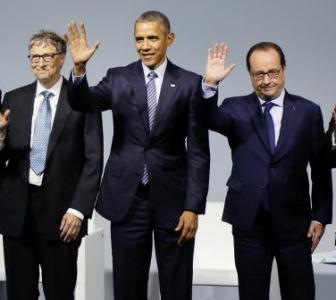 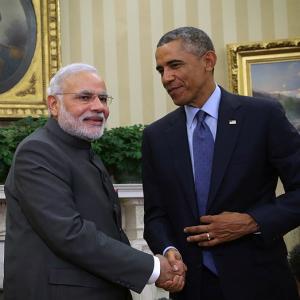 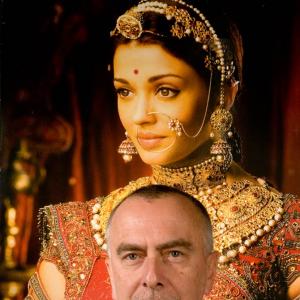