Source: PTI
June 09, 2012 11:43 IST
Seven United Nations peacekeepers from the west African country of Niger were killed in an ambush while they were on a patrol in a southwest region of Ivory Coast, an attack which drew strong condemnation from UN Secretary General Ban Ki-moon and the Security Council.

According to the UN Operation in Ivory Coast, the peacekeepers had been on a reconnaissance patrol near the border town of Tai in southwestern Ivory Coast on Friday, when they were ambushed and attacked by "unidentified armed elements."

The attack took place in an area where the peacekeeping mission had recently strengthened its presence due to threats of attacks against the civilian population.

Ban strongly condemned the attack, saying he was "saddened and outraged" by the killing of the brave blue helmets who "died in the service of peace."

Addressing reporters at the United Nations, Ban said the full details of the attack are not yet available and he understands that other peacekeepers are still in danger.

"After the attack, more than 40 peacekeepers remain with the villagers in this remote region to protect them from this armed group," Ban said. "My thoughts are with these brave peacekeepers and the community they are protecting."

The secretary-general also remained seriously concerned about the continued instability in the border areas between Ivory Coast and Liberia since the Ivorian post-elections crisis, which has resulted in the death of a number of individuals in that region.

The 15-nation Security Council issued a press statement condemning the attack "in the strongest terms". "The members of the Security Council expressed their deep concern at the prevailing insecurity in western Ivory Coast and the border area, and continued cross-border movements of armed elements, including militias and mercenaries," it said.

UNSC members expressed their condolences to the families of the peacekeepers killed as well as to the Niger government. They called on the government of Ivory Coast to work with all relevant parties to identify and bring the perpetrators to justice, a message echoed by Ban and UN General Assembly President Nassir Abdulaziz Al-Nasser.

"I call on the Government of Côte d'Ivoire (Ivory Coast) to do its utmost to identify the perpetrators and hold them accountable for this deadly attack," the UN chief said. "My heart goes out to the families at this difficult time, and I express my deepest sympathy to the Government of Niger for this tragedy," he added.

UNOCI was established in 2004 by the Security Council to facilitate the peace process in the country, which was split by civil war in 2002 into a rebel-held north and government-controlled south. It currently has more than 10,000 uniformed personnel.

The mission, whose current mandate runs until July 31, is currently tasked with assisting the country tackle the many challenges it faces in the wake of the violence that followed presidential elections in late 2010 and the electoral crisis that finally ended in April 2011. These include the restoration of law and order, national reconciliation, the holding of legislative elections, and economic recovery.

The 2010 election was won by Alassane Ouattara but incumbent leader Laurent Gbagbo refused to give up power until he was defeated by French and UN-backed local forces, who supported Ouattara.
Source: PTI© Copyright 2022 PTI. All rights reserved. Republication or redistribution of PTI content, including by framing or similar means, is expressly prohibited without the prior written consent.
Print this article 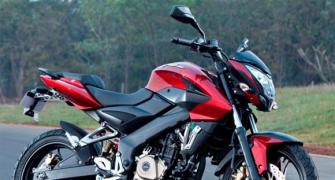 Will you buy the Pulsar 200 NS at Rs 94k? DISCUSS
Watch: The Venus spectacle; Sunny's lingerie sale
No lull and dip in Indo-US relationship: Nancy Powell 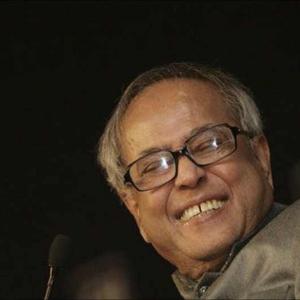 No one can become president on his wish: Pranab