Assam Chief Minister Sarbananda Sonowal on Monday welcomed a general court martial verdict sentencing seven Army personnel, including a major general, to life imprisonment for a fake encounter 24 years ago and said it would strengthen people's faith in the judiciary and the Army.

The court martial looked into the extra-judicial killing of five people after a unit of the Punjab Regiment picked them up along with four others from different places in Tinsukia between February 17-19 in 1994.

"It is a welcome judgment. The judgment will strengthen people's faith in judiciary and the Army," Sonowal told PTI.

He said the verdict, which was delivered on Saturday, will be a deterrent to people in authority not to engage in unlawful acts and to behave responsibly and in a fair manner.

The verdict will give solace to the families of the victims, who were innocent students and youths, the chief minister added.

The summary general court martial, held at the 2 Infantry Mountain Division at Dinjan in Dibrugarh district of Assam, held the seven army personnel guilty and sentenced them to life imprisonment.

Sonowal said the judgment is a reflection of India's democratic values where human rights and fairness are respected.

"The Army has also worked in a fair manner without any prejudice," he said.

During the 1994 fake encounter at Dangori in Tinsukia district of Assam, Sonowal was president of the All Assam Students' Union (AASU) and had sought an impartial probe into the case.

"The long wait of the families for justice has come to an end and I hope the higher authorities will uphold the judgment," he said.

"Justice has been given at last and we welcome it," added AASU president Dipanka Kumar Nath.

The verdict will have to be confirmed by the 'higher competent authorities' like the Eastern Command in Kolkata and Army Headquarters in New Delhi.

The Army men can file appeals against the verdict before the armed forces tribunal and the Supreme Court.

The Army detained the group of nine at the Dhola Army camp after the general manager of Assam Frontier Tea Limited at Talap Tea Estate, Rameswar Singh, was killed by United Liberation Front of Assam terrorists.

Five of them were later killed in the infamous Dangori fake encounter case on February 23, 1994.

"We are happy that we and the family members of our five victims are victorious in our legal battle. We believe in democracy and welcome the verdict.

There can be no compensation for the loss of the families of the AASU members but they have finally got justice, he added.

"Many innocent people, including young men and women, lost their lives in Army operations in Assam," the leader of the influential students organisation claimed.

AASU general secretary Luringjyoti Gogoi said the government should give a government job to a member of each of the five families.

"As Chief Minister Sarbananda Snowal was then AASU leader and then AASU leader Jagadish Bhuyan, who had filed a case against the fake encounter, is now an MLA, it is their responsibility to take the initiative to rehabilitate the five families by giving a government job to a member of each victim family," he said.

The AASU leaders were taken to Dholla Army Camp where they were detained following the killing of Assam Frontier Tea Limited general manager Rameswar Singh at the Talap Tea Estate by ULFA exremists, said a family member of one of those who were killed.

He did not want to be identified. Bhuyan had filed a habeas corpus in Gauhati high court which had ordered the Army to produce the nine AASU leaders at the nearest police station on February 21, 1994, he said.

According to the case history, the Army produced five bodies on February 22 at the Dholla Police Station, which refused to accept the bodies, while the remaining four were released in different locations.

Huge protests erupted across the state after the incident with AASU demanding justice for its leaders. 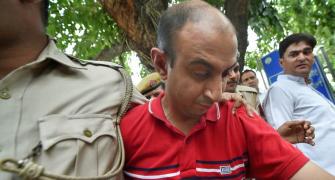 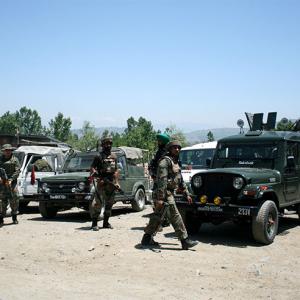