"We welcome the verdict delivered and consider it a historic judgment as it has established that no matter how powerful and politically influential the accused might be, he/she can also get convicted," said Setalvad, who has been working for Gujarat riot victims for the past several years.

On February 28, 2002, during a bandh called by Vishwa Hindu Parishad, a large crowd of rioters attacked people belonging to the minority community in Naroda Patiya area in Ahmedabad, killing 97 people.

Addressing the media, Setalvad said the ruling was a big victory, especially for the women victim-witnesses. "The raw courage of the victim-witnesses, especially the women who deposed fearlessly while still living in Naroda Patiya, is a reflection of the confidence generated by the trial," she said.

"Eleven eyewitnesses have deposed...assigning in detail the role played by Maya Kodnani in inciting the mob to murder; fifteen witnesses deposed against Babu Bajrangi; 48 have testified to the crimes committed by Suresh alias Langda Chhara who has been convicted for rape," she added.

"Now we are awaiting the decision on punishment. We hope the judge will give exemplary punishment to the perpetrators so that people in future will think twice before resorting to this kind of heinous crime," said Shakila Banu, who lost most of her family  -- four kids, mother, and brother -- in riots.

Special Judge Jyotsna Yagnik will announce quantum of punishment on August 31, 2012. The prosecution has sought capital punishment for all the convicts. 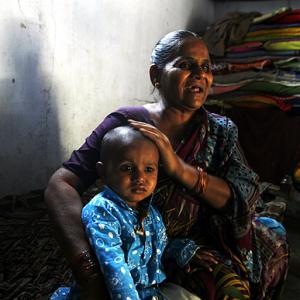