Adopting a tough stance, separatists on Sunday rebuffed attempts by five opposition MPs to talk to them even as an all-party parliamentary delegation explored ways to end the 56-day-old unrest by holding discussions with Chief Minister Mehbooba Mufti and some other mainstream leaders.

During the first day of its visit, the delegation met about 200 members in about 30 delegations from various sections of society and listened to their point of view to reach at a common solution to the current scenario in Jammu and Kashmir, a statement from the home ministry said. 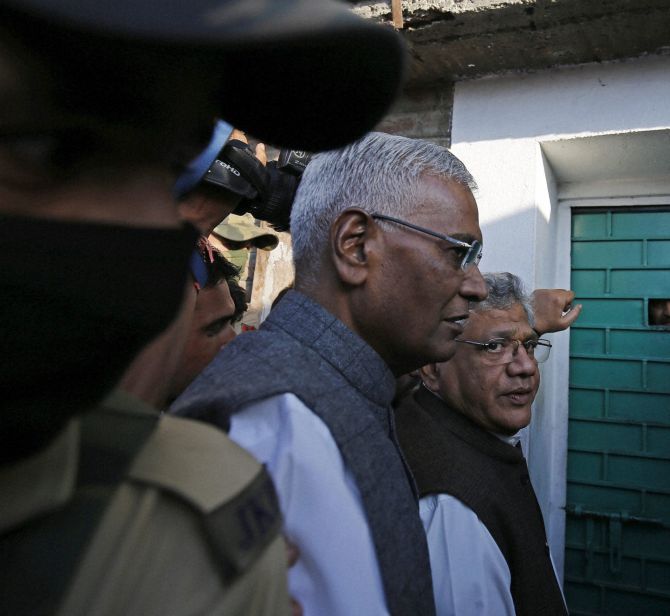 While the delegation, led by Union Home Minister Rajnath Singh, met mainstream sections, five members of the group broke away to meet the separatists.

At Geelani’s residence, the gate was not even opened for the MPs while people shouted slogans outside. Geelani saw them from the window but refused to meet the parliamentarians.

“It is our effort to show that we are ready to talk to anyone whether they agree to meet or not,” Yadav said.

The group also went to meet Jammu Kashmir Liberation Front chief Yasin Malik who is under detention at a Border Security Force camp in Humhama. He told the MPs that he will talk when he visits New Delhi.

Owaisi went separately to meet Miwaiz who met him briefly but only exchanged pleasantries.

After Owaisi’s failed attempt, the group comprising Yechury, Yadav, Raja and Narayan went to meet the Mirwaiz and were with him for about 15 minutes.

The group tried to meet former Hurriyat Chairman Abdul Ghani Bhat who also refused to talk to them. Bhat welcomed the leaders but made it clear it has been decided that no talks will be held with the delegation members.

Owaisi said he also met another detained leader Shabir Shah for some time and offered ‘namaz’ along with him there.

But no separatist leader held talks with them.

“This is a futile exercise. Nothing concrete will happen until or unless India talks to Pakistan on Kashmir. We will not be able to arrive at any solution if India only talks to Kashmiris or Pakistan talks to Kashmiris. We should try and solve this issue which can otherwise result in hostilities between the two neighbouring nations,” said Ghani Bhat.

Earlier in the day, the separatists rejected Chief Minister Mehbooba Mufti’s invitation to them for meeting with all-party delegation, terming such a measure as “deceitful” and insisting that it cannot be an alternative to a “transparent agenda-based dialogue to address the core issue”. 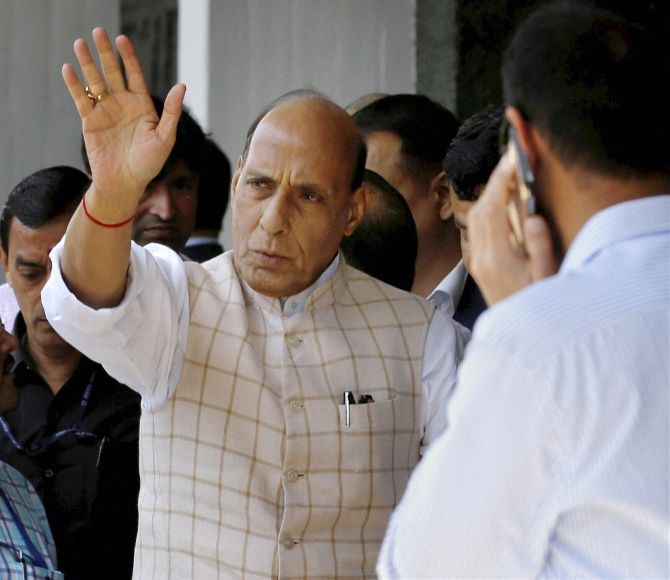 The delegation had come to Srinagar to cool the volatile situation arising out of violent protests that have gripped the Valley since the killing of Hizbul militant Burhan Wani on July 8. The clashes resulting from the protests have claimed 71 lives and injured thousands.

After his meeting with Mirwaiz, Yechury said, “We are urging both sides to first restore normalcy and ensure that sufferings of people during last two months ends. Start unconditional political dialogue.”

He said, “When the government gives slogans, some tangible follow up steps should also be taken.”

Referring to Prime Minister Narendra Modi’s talk about ‘vikas (development) and vishwas (trust)’, the CPI-M leader said “no tangible steps have been taken to develop trust among the Kashmiri people”.

He said the government keeps on repeating Vajpayee’s statement of ‘Jamhooriyat, Kashmiriyat and Insaniyat’ but “forgot the steps taken by the former prime mMinister along with the slogan like unilateral ceasefire during Ramzan and talks with Hizbul Mujahideen. (The then) Deputy Prime Minister L K Advani himself held number of meetings with Hizbul leaders.”

Earlier, Owaisi said Mirwaiz expressed his inability to have any talks because of position taken by his organisation.

“I met him (the Mirwaiz) and he told me that my organisation has not mandated any talks with the parliamentarians. He expressed his inability to carry out any talks,” the AIMIM leader said.

He described the attempt as “ice breaking” and hoped it will continue with “some constructive steps being taken by the state and the central government. The process of dialogue needs to continue.”

The 26-member parliamentary delegation, which arrived on Sunday morning, began its engagements with a meeting with the Chief Minister Mehbooba who pitched for unconditional dialogue with all stakeholders.

“Met the All Party Delegation and pitched for unconditional talks with all stakeholders,” Mehbooba wrote in a Facebook post. She refused to talk to reporters at the venue of the meeting.

She said she was committed to help initiate a “sustained and meaningful dialogue” within the state with political groups, irrespective of the ideological views and
predilections of the political groups.

It was followed by a meeting with National Conference leader and former Chief Minister Omar Abdullah who spoke of “continuous failure of the state government and its dilly dallying tactics”.

During his hour-long interaction with the delegation, Omar recalled the previous all-party delegation visits since 1990 to Kashmir and said that “unfortunately when things cool down, there is no progress on the issue”.

He said the MPs who have come this time face a mammoth task in their hands to revive faith in this process. “There was a time when my father had conveyed to grant internal autonomy to Jammu and Kashmir and had warned New Delhi that if they continue to deny it, time will come when it will also not be acceptable to people of Jammu and Kashmir. I think we are heading for that time only,” Omar said.

He told the delegation that his workers were pressurising him not to attend the meeting “such is the situation”.

“Mehbooba Mufti should decide whether she wants to be the chief minister or Leader of Opposition. In the morning she says one thing and does a complete about turn by evening. She wants that Hurriyat should be talked to but in the evening she puts them under arrest,” the opposition National Conference leader said.

Congress leader Ghulam Nabi Azad, who is part of the central delegation, said the attempted meeting of five MPs with separatist leaders was in their individual capacity.

“The Jammu and Kashmir Students Welfare Association informed the all-party delegation that they are willing to work with government of India, hand in hand and shoulder to shoulder to bring normalcy in the state,” it said.

The statement said various political parties expressed their concern over the injuries to civilians due to the use of pellet guns.

“The Union Home Minister said that government is already working on the alternatives to pellet guns such as PAVA shells,” it said. 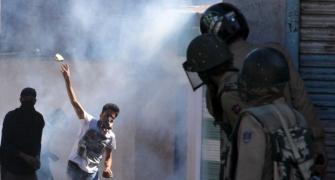 71 dead, 58 days of curfew, but no signs of peace in Kashmir 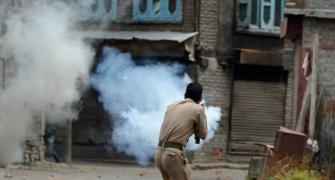 Rajnath okays use of chilli grenades in turbulent Kashmir 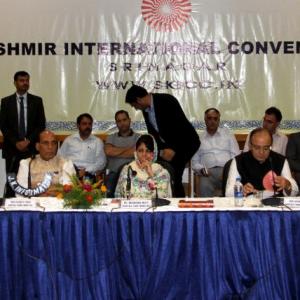 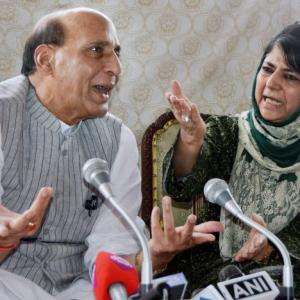