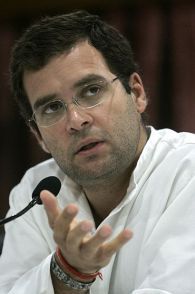 Hailing the role of self-help groups in advancement of marginalised section of society, Congress vice-president Rahul Gandhi on Monday said they provide the poor with "self-confidence to overcome poverty".

The Congress leader made this comment while participating in a discourse on 'Culture, Deepening Democracy and Most Marginalised Communities', organised in Allahabad by noted social scientist Badri Narayan.

"I understand the weaknesses of our system. I will try my best to help the people but unless and until the voice of the marginalised comes out from within, nothing can be done," Narayan quoted Gandhi as having said at the event which was organised at the G B Pant Social Science Institute on the outskirts of the city.

"Poverty is just a state of mind. It does not mean the scarcity of food, money or material things. If one possesses self-confidence, then one can overcome poverty," he said.

In this context, Gandhi cited the example of a poor woman in Amethi, who redeemed her self-esteem by getting associated with self-help group Rajiv Gandhi Mahila Vikas Pariyojana.

The Congress vice-president, who was accompanied by the party's national general secretary Madhusudan Mistry, also interacted with people from remote villages of Allahabad and other neighbouring districts.

He assured them "my one and only political aim is that I want to tune my ears to the voice of the poor and the marginalised".

Earlier, while inaugurating a branch of city-based Kamla Nehru Memorial Hospital in the district's trans-Yamuna region, Gandhi expressed concern over "increasing money-mindedness" among medical practitioners and urged doctors to take a keen interest in serving in rural areas.

Meanwhile, the visit of Gandhi in Allahabad, the first after he was elevated as the Congress vice-president, was marked by protests from supporters of the BJP at a number of places.

The BJYM activists had been raising slogans against the UPA government at the Centre and were attacked by NSUI activists when some of them tried to jump in front of Gandhi's vehicle waving black flags, police said, adding that two persons have been rounded up in this connection. 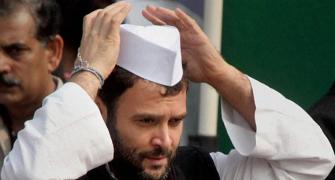 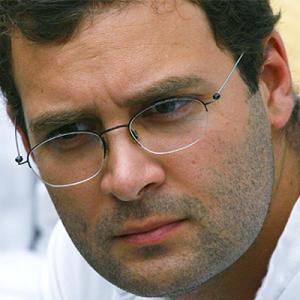 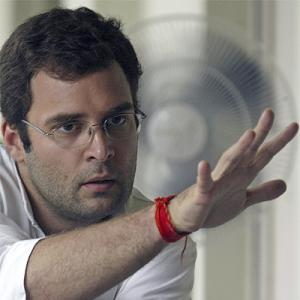