Security upped at Delhi borders ahead of 'chakka jam'

The Delhi Police intensified security at all border points of the city as thousands of personnel including paramilitary forces have been deployed to deal with any situation emerging out of the nationwide 'chakka jam' being held on Saturday by the farmers protesting the Centre's new agri laws, officials said. IMAGE: Police officers in riot gear stand guard at the site of a protest against the farm laws at Singhu border in New Delhi. Photograph: Adnan Abidi/Reuters

However, the Samyukt Kisan Morcha, an umbrella body of the farmer unions protesting the three farm laws, said on Friday the protesters will not block roads in Delhi, Uttar Pradesh and Uttarakhand during the 'chakka jam', even as it asserted that peasants in other parts of the country will block national and state highways for three hours but in a peaceful way.

After the Republic Day violence, the Delhi Police has deployed additional measures, including tightening security and intensifying vigil across the city and its border points.

Forces have also been deployed at important junctions across the national capital including Red Fort and ITO which witnessed violence on January 26 during the tractor parade by the protesting farmers in which over 500 police personnel were injured and a protester died.

Multilayered barricades, barbed wires and nail-studded roads at the protest sites are also part of the precautionary measures taken by the police force.

The police will also be monitoring content on the social media to keep a watch on those spreading rumours against the force, officials said.

After the violence on January 26, Delhi Police S N Shrivastava had accused the protesting farmer union leaders of betrayal and breaching the agreement as thousands of peasants deviated from their pre-decided routes for the tractor parade.

Tens of thousands of farmers atop tractors had broken barriers, clashed with police and entered the city from various points to lay siege to the Red Fort on Republic Day.

Farmer unions on Monday had announced countrywide 'chakka jam' on February 6 when they would block national and state highways between 12 noon and 3 pm to protest the internet ban in areas near their agitation sites, harassment allegedly meted out to them by authorities, and other issues. 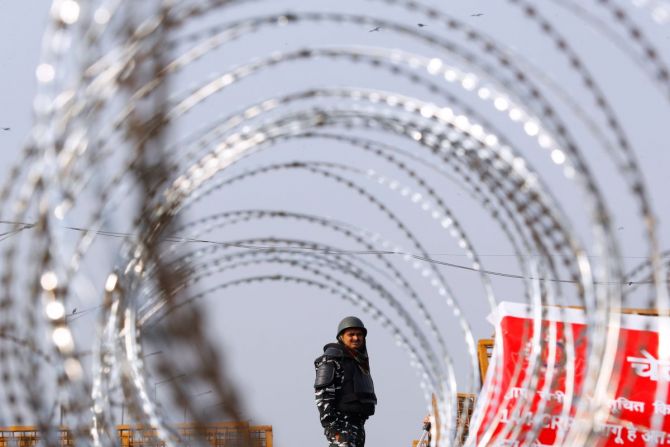 Police said they have taken additional measures to deal with any situation emerging out of the 'chakka jam'.

"We are monitoring content on the social media to make sure rumours are not spread against the police. The protesters are camping at the borders of Delhi. We are in touch with the police force of other states also," he added.

A senior police officer said to prevent any kind of law and order situation and disruption of normal life during the 'chakka jam', adequate forces are deployed across the outer-north district of Delhi Police.

"We have strengthened the security at the border and have deployed forces at all important points in the entire outer-north district of Delhi Police as a preventative measure to ensure that traffic and normal life is not affected, and also to ensure that there is no law and order situation or unauthorized 'chakka jam' being done by violating norms," he said.

Another senior police officer from east district of Delhi Police said as a precautionary measure, iron nails studded on the roads have also been repositioned behind the barricades at the Ghazipur border, another protest site.

Deputy Commissioner of Police (East) Deepak Yadav said, "According to the protesting farmers, they will not enter the national capital, but still as a precautionary measure, we have made adequate security arrangements to maintain law and order. Adequate police presence is in place at all important points and junctions across the district."

"There are additional deployment of pickets at all the border points. All vehicles are being checked thoroughly at the entry and exit points of pickets and borders. Additional buses have already been taken and extra barricades have been put up at the picket points across the city," Yadav said. 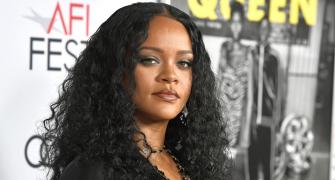 'Why get so rattled by Rihanna, Greta?' 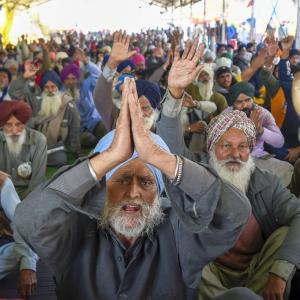 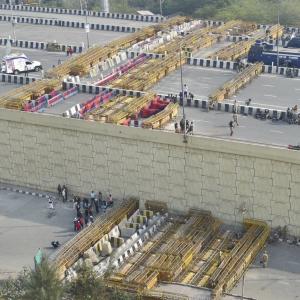