The Supreme Court will pronounce orders on Tuesday on various issues related to the new farm laws and the farmers' ongoing protest at Delhi borders and may take a call on setting up of a committee headed by a former Chief Justice of India (CJI) to find ways to resolve the impasse. 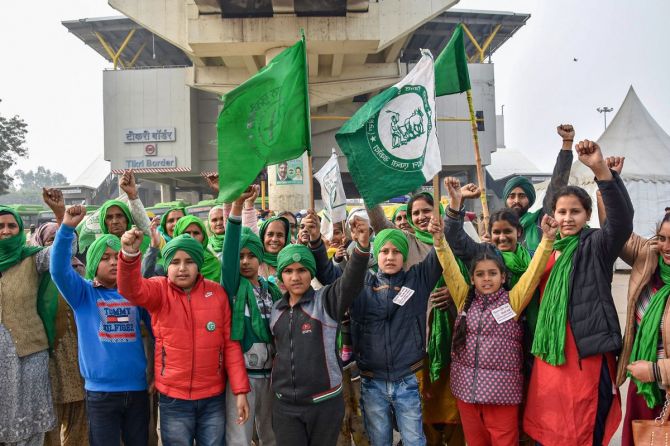 IMAGE: Farmers and their supporters during their ongoing protest against the new farm laws, at Tikri border in New Delhi. Photograph: PTI Photo

A bench, headed by Chief Justice S A Bobde, which indicated during the hearing that it may pass orders in parts on the issues concerning farm laws and farmers' protest, later uploaded the information on the website.

"List these matters tomorrow i.e. 12.01.2021, for orders," said the bench which also comprised justices A S Bopanna and V Ramasubramanian.'

The bench on Monday heard a clutch of pleas challenging the new farm laws as well as the ones raising issues of citizens' right to move freely during the ongoing farmers' stir.

It pulled up the Centre for its handling of the farmers protest against the new farm laws saying it is 'extremely disappointed' with the way negotiations between them were going.

It also indicated amply that it may go to the extent of staying the implementation of the contentious farm laws and refused to grant extra time to the Centre to explore the possibility of amicable solution saying it has already granted the government a 'long rope'. 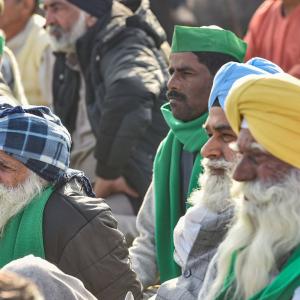