The Supreme Court will hear two review petitions -- one by the Central Ground Water Authority and the other by 21 eminent citizens -- and decide on whether to issue notice and hear the same at length, a press release stated.

The petition raises the fundamental question that the order of the Supreme Court amounts to judicial overreach into the executive domain since it is not for the courts to make policies.

The Supreme Court did not study these expert opinions before delivering such a drastic judgment. Further, the court pre-empted prescribed procedures and processes. It is submitted that in the normal course, a project goes through certain stages and procedures: formulation (concept, pre-feasibility, feasibility, options assessment, DPR); examination/evaluation from various angles (techno-economic, environmental, ecological, financial, social, etc) by the appropriate agencies, committees and ministries; statutory clearances under the Environment Protection Act, the Forest Conservation Act, the Wildlife Protection Act, the Electricity Act, and other Acts, and the necessary state government approvals; compliance with the procedures prescribed in the EIA notification of Sept 2006, the Forest Rights Act, the Panchayats (Extention to the Schedule Areas) Act or PESA, the National Rehabilitation Policy, etc; acceptance of the project by the Planning Commission from the national planning point of view; concurrence by the finance ministry from the budgetary and financial clearance angles; and finally a decision by the cabinet. In directing the government to implement the project the judgment has ignored all the above mandatory processes and procedures.

The SC, in its judgment dated February 27, had directed the Union of India to implement the interlinking of rivers project and to set up a special committee to carry out that implementation; laid down that the committee's decisions shall take precedence over all administrative bodies created under the orders of this court or otherwise; directed the Union Cabinet to take all final and appropriate decisions, and laid down a time limit of 30 days (preferably) for such decision-making.

It also granted "liberty to the learned amicus curiae to file contempt petition in this court, in the event of default or noncompliance of the directions contained in this order". 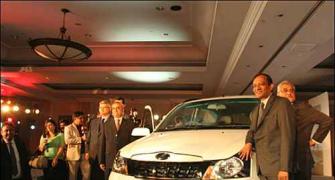 Which Indian film REALLY deserves the Oscar entry? TELL US