After rapping the Narendra Modi government for bypassing it, the Supreme Court on Monday suggested the name of a former apex court judge for appointment as the chairman of the monitoring authority which is looking into the probe of 22 encounter killings between 2002 to 2006 in Gujarat.

The apex court had disapproved the manner in which the Gujarat government had appointed former Bombay High Court Chief Justice K R Vayas in place of former apex court judge, Justice M B Shah, to the post.

During the resumed hearing on Monday, a bench comprising justices Aftab Alam and Ranjana Prakash Desai suggested the name of another former apex court judge to the Gujarat government as a replacement for Justice Shah who quit as the head of the panel on personal and health grounds.

Though the bench had mentioned the name of the former judge as replacement for Justice Shah, it asked the media not to report the proposed name of the chairman as no formal order has been passed and consensus was yet to be arrived on his name.

"This (suggestion of the judge's name) is not part of the order. Don't mention his name. Don't embarrass the judge," the bench said before adjorning the matter for March 3.

However, when Justice Alam suggested the name of a former apex court judge as replacement for justice Shah, Gujarat's Additional Advocate General Tushar Mehta sought deferring of the hearing till Friday on the ground that he has to seek instructions.

He said another senior advocate Ranjit Kumar, who is representing the state government in the matter, was not available and he was not in a position to give any commitment to the bench.

Mehta, however, said that the monitoring authority was created by the state government and it had appointed the chairman on its own.

Agreeing with the submission that the agency (monitoring authority) was created by the state government, the bench said it had agreed with its continuance as it had appointed the former apex court judge as its chairman.

"Exactly, when you intimated us about the agency and told about Justice M B Shah we agreed that the committee will look into the issue. More in the name of Justice M B Shah than the monitoring authority, we passed the order," the bench said.

However, the state government counsel said there were other names suggested on the issue and he would like to make submissions on it.

"Nothing will happen in four days," Mehta said and sought adjournment on the hearing till Friday.

However, the bench said it has already stated what it wanted on the matter. "What we had in our mind we have told you," the bench said.

During the last hearing on February 24, the bench had expressed anguish that Gujarat government-appointed Justice Vayas as the chairman without consulting it and complicated the entire matter.

"We should also have been told about the proposal for the appointment of new chairman," the bench had said.

"We shall not change the basic structure as to who will be the monitoring person," the bench had said in an apparent reference to giving the slot to a former high court judge instead of a former apex court judge.

The bench was hearing two PILs filed by veteran journalist B G Verghese and poet and lyricist Javed Akhtar, who had sought a direction for a probe by an independent agency or CBI so that the "truth may come out".

The bench had on January 25 asked the monitoring authority to place before it a preliminary report within three months on the killings in alleged fake encounters between 2002 to 2006 in Gujarat purportedly showing a pattern that people from the minority community were targeted as terrorists.

Gujarat government had on April 7 and September 18, 2010, come out with the notifications for constituting the STF to investigate the cases of encounter killings and appointment of Justice (Retd) M B Shah as the chairman of the monitoring authority respectively.

from outside "considering the sensitivity of the matter" as some senior officers of the state police force have been accused of killing people in fake encounters.

However, the bench clarified that the monitoring authority will not go into the cases which are being investigated by other agencies on orders of the apex court.

Verghese had said the pattern of killings showed there was a need for investigation and sought a direction to the Centre and Gujarat government to order an inquiry into the encounter killings and compensation to the next of the kin.

Akhtar, in his petition, had cited news reports and a sting operation done by a news magazine into the killing of an alleged criminal Sameer Khan in October 2002.

The bench in its order had noted his allegation that it was a fake encounter and that there was an attempt for its "cover up" by Gujarat government.

Khan, who was in police custody, was killed on the intervening night of October 21-22, 2002, when he snatched the revolver of a policeman who had accompanied him with a team to a spot where he had allegedly murdered a constable.

An FIR was registered alleging that Khan was involved in a conspiracy hatched by Pakistan's Inter Services Intelligence (ISI) and Jaish-e-Mohammed (JeM) to assassinate Gujarat Chief Minister Narender Modi and other leaders.

Akhtar, who jointly filed the petition along with social activist Shabnam Hashmi, had alleged it was the same team of Gujarat police which allegedly killed Sohrabuddin Sheikh in the fake encounter and later murdered his wife Kauser Bi.

Their petitions, filed through advocate Prashant Bhushan, had contended there were other media reports of alleged killings of innocent persons in fake encounters by the same team of Gujarat police and sought investigation by an SIT into the "cover-up". 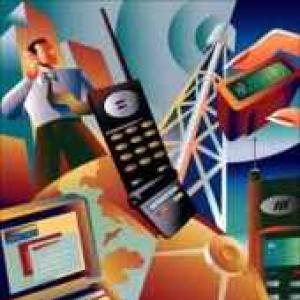