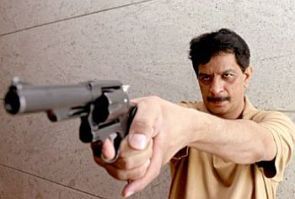 The Supreme Court on Tuesday reserved its order for Wednesday on suspended IAS officer Pradeep Sharma’s plea to transfer probe of cases against him from Gujarat police to the Central Bureau of Investigation but refused to go into the snoopgate controversy.

At the very beginning of proceedings, a bench headed by Justice Ranjana Prakash Desai barred Sharma’s counsel to raise snoopgate controversy and asked him to confine his arguments only to the point on how the probe done by state police against him is biased.

The bench, however, made it clear that it is not concerned about personality and dispensation of government at the Centre and it will go only by the rule books.

“We will only go by rule books. Which government comes and which government goes hardly makes a difference to us. But we are making it clear that we won’t allow you to raise the issue as you had yourself agreed to delete those paragraphs from your petition (relating snoopgate),” it said.

“It was a gentleman’s word given to the highest court. It must be honoured. We are not concerned about names and personality and change of government,” the bench said referring to its earlier order directing Sharma to delete insinuations relating to Narendra Modi’s personal life mentioned in his petition.

Advocate Sunil Farnandes, appearing for Sharma, submitted that his client is being targeted by the state government because his elder brother, a senior Gujarat cadre IPS officer, did not toe the line of state government in many cases.

The state government refuted all the allegations leveled by Sharma and said that he was himself under surveillance because of various alleged illegal financial transactions.

The bench, at the end of the hearing, assured Sharma that justice will be done like the apex court has done in various Gujarat cases. “We are not concerned about which government has come or gone. We will not fail in our duty. This court has done a great work in many Gujarat cases. I have also been party to such judgment. We are not concerned about the personality,” it said.

The apex court had on May 12, 2011 taken strong exception to the submissions of Sharma aimed at tarnishing the image of Modi and directed him to delete those paragraphs from the petition.

The IAS officer is facing five criminal cases including his alleged involvement in land scam registered against him since 2008 in Rajkot area. He approached the apex court seeking transfer of cases against him to CBI.