A legal notice has been served by an advocate of Supreme Court to the Commissioner of Delhi Police, Amulya Patnaik for allegedly not taking any action against police personnel and officials who demonstrated at Police Headquarters, ITO in New Delhi on Tuesday. IMAGE: Police personnel display placards during a protest against the repeated incidents of alleged violence against them by lawyers including the Tis Hazari Court clashes, in New Delhi on November 5, 2019. Photograph: Manvender Vashist/PTI Photo

The notice seeks immediate action against all the police personnel and officials who staged demonstration on Tuesday, saying that their action was in clear contravention to the rules meant for police forces.

"This legal notice is being served upon you for not taking any action against the Delhi Police forces and their officials, who actively participated in the demonstration on November 5 since 11 am in front of Police Headquarters, ITO. They also address the media for their demands and create fears in the lawyers and in the civil society. The Delhi police and their higher officials also address to the national media whole day and give a derogatory statement for the advocates," read the legal notice by the advocate.

"Such an illegal demonstration and irresponsible activities of your police forces is the clear violation of the Police Forces (Restriction of Rights) Act 1966. Section (3) prohibits the Police Force to participate in any demonstration, communicate with the press for their own demands, but we have seen whole day such illegal activities at public places," it read.

"Such an irresponsible behaviour of the police forces, muscle and power by demonstrating at a public place, creating fears in the society, is very dangerous things for our democracy. We demand immediate action against all the Delhi Police persons and their senior officers who participated in the said demonstration at public places and penalize them as per the Section (4) of The Police Forces (Restriction of Rights) Act 1966, failing which undersigned reserved the rights to approach the Court of law," it concluded.

Meanwhile, Delhi's Lt Governor Anil Baijal held a meeting with Patnaik and other top officers on Wednesday, a day after thousands of police personnel laid an unprecedented siege outside the Police Headquarters in New Delhi.

Sources said although it was a routine meeting on law and order, the Lieutenant Governor was also briefed about Tuesday's massive public demonstration against assault on police personnel by lawyers.

In the meeting, Chief Secretary Vijay Kumar Dev and all joint commissioners of the Delhi Police were present, they said.

After 11-hour standoff which began at 9 am, agitating police personnel called off their protest.

On Tuesday, Baijal said it is imperative to restore the trust between police and lawyers and also to ensure that justice is done impartially in the entire matter.

Police personnel on Tuesday staged a protest outside the police headquarters, days after a clash broke out between police and lawyers at Tis Hazari Court premises.

A clash had broken out between lawyers and cops over an alleged parking issue at the Tis Hazari court on November 2, in which several police officials and lawyers were injured. 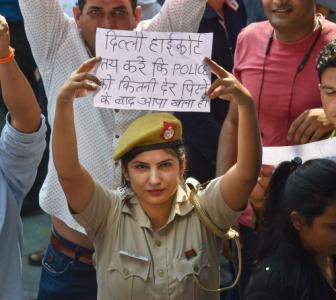 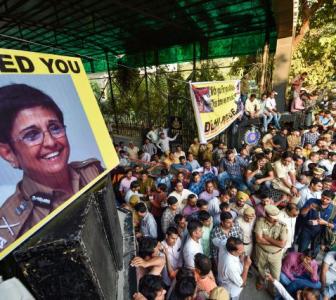 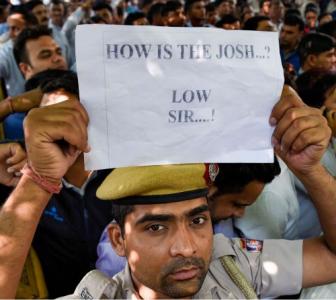 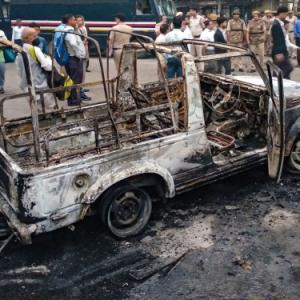