The Supreme Court on Monday suspended the life sentence of Communist Party of India-Maoist activist Narayan Sanyal, held guilty of committing sedition by a Chhattisgarh court in 2010, and granted bail to him.

A bench of justices G S Singhvi and S J Mukhopadhaya gave bail to 78-year-old Sanyal, considering his age and the fact that he has already spent over six years in jail since his arrest in 2006.

The bench said the concerned trial court would impose the condition to its satisfaction for Sanyal's release on bail.

Narayan Sanyal was convicted along with People's Union of Civil Liberties' vice president Binayak Sen and a Kolkata businessman Piyush Guha for colluding with the Maoists in expanding their network to fight the state.

Sen was granted bail and his sentence was suspended by the apex court on April 15 last year.

They were held guilty by a Raipur court on December 24, 2010 of committing sedition and criminal conspiracy under the Indian Penal Code as well as offences under the Chhattisgarh Special Public Security Act.

The three were also found guilty under the provisions of Prevention of Unlawful Activities Act and sentenced to five years jail term. Sanyal was also awarded 10 years imprisonment for being member of a terrorist outfit, in violation of the UAP Act.

All three had moved the Chhattisgarh high court against their conviction and their appeals are still pending there. 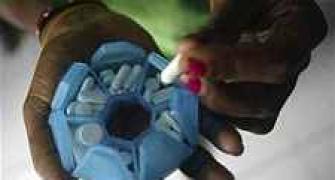 Maoist abductions: How long will we make deals?