In a major set back to Y S R Congress leader Jagan Mohan Reddy, the Supreme Court on Wednesday rejected his petition challenging the Central Bureau of Investigation probe against him.

The Supreme Court bench observed that it could not intervene in this case at this point of time and that the probe had already commenced.

Based on several complaints, a petition was filed before the Andhra Pradesh high court seeking a CBI probe into the assets owned by Jagan.

The court while allowing the petition ordered a CBI probe into the assets and also the wealth amassed by Jagan. It was alleged that he had amassed wealth disproportionate to his known source of income.

The CBI had then conducted a series of raids on all property owned by Jagan in both Andhra Pradesh and Karnataka.

Raids were also conducted on the properties owned by Jagan's aides and family members apart from his investors as well.

Jagan, while challenging the high court order, had told media persons on August 15 that these raids were stage managed by the Congress.

He had questioned why these raids had come about only when he left the Congress.

However, today Jagan would have no option but to face CBI inquiry.

There is no official word from his office on the Supreme Court verdict, but one of the members in his camp said they would adopt a wait and watch policy.

The CBI raids have had quite an impact on the politics of Andhra Pradesh.

29 MLAs came out of the party in support of Jagan. Although it was claimed that these MLAs had quit since they were upset about the defamatory remarks by the Congress against YSR, in inner circles everyone knew that it was a retaliatory measure planned by Jagan.

However, for Jagan the problems are only likely to increase in the days to come.

The CBI raids and inquiries will continue, but the agency has decided to rope in the Enforcement Directorate too.

The ED is expected to look into the role of  two Mauritian firms which allegedly routed in illegal money into a power project. The CBI is planning on writing to the ED regarding this issue.
Vicky Nanjappa
Related News: Jagan Mohan Reddy, CBI, Supreme Court, Congress, YSR
Print this article 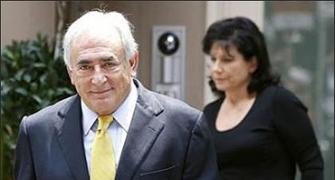