The Supreme Court on Wednesday granted liberty to Alt News co-founder Mohammad Zubair to approach the Delhi high court for quashing of the FIR lodged against him at Sitapur in Uttar Pradesh. 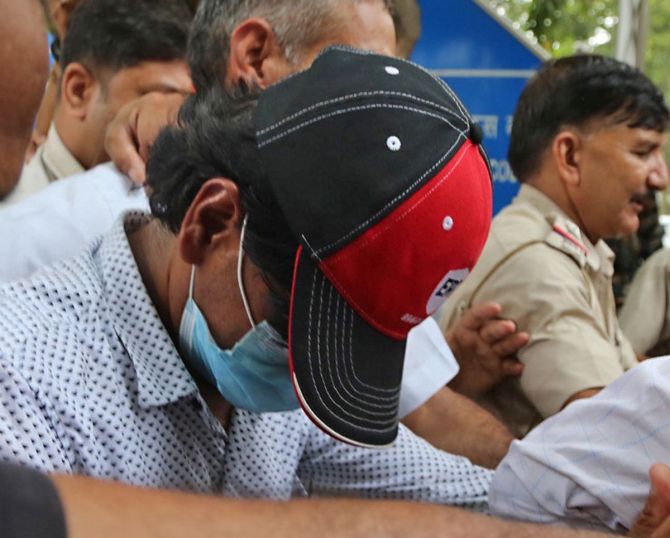 It said Zubair's petition will be decided on its own merit, uninfluenced by the order of the Allahabad high court, which had denied him the relief.

A bench of Justices DY Chandrachud and Hima Kohli noted that all the cases lodged against Zubair in Uttar Pradesh, including that in Sitapur, have been transferred as per top court's order dated July 20 to the Special Cell of Delhi police for investigation.

The bench said, "In terms of liberty which was granted in order dated July 20, 2022,  the petitioner would be able to pursue his rights and remedies available under law before the Delhi high court. In such an event, the petition under section 482 of CrPC (FIR quashing) shall be considered on its own merit without the order of Allahabad high court coming in the way."

The top court noted the submission of Additional Advocate General Garima Prashad that a copy of the letter from special secretary dated September 5 has been received stating that the case registered in Sitapur has been transferred to the special cell of the Delhi police.

At the outset, advocate Vrinda Grover, appearing for Zubair said this is an appeal filed against the Allahabad high court order dated June 10, 2022, rejecting his plea for quashing of the FIR.

"Nothing remains in it as the court has already directed the case to be transferred to Delhi police by its order of July 20. This is a Special Leave Petition against the high court order and the court may indicate that we can file a petition before the Delhi high court for quashing of the FIR under section 482 of CrPC," she said.

Grover said all she is seeking is that the Allahabad high court order should not come in the way.

On July 20, the top court had ordered the release of Zubair on interim bail in all the FIRs lodged in Uttar Pradesh against him for alleged hate speech, saying "exercise of the power of arrest must be pursued sparingly", and transferred all the cases in UP to Delhi.

The court had said it finds no reason or justification for the "deprivation of his liberty to persist any further" and ordered disbanding of the SIT, constituted by the UP police, to probe the cases.

It had also rejected the UP government's prayer to restrain Zubair from tweeting in the future, with a retort "Can a lawyer be restrained from arguing?"

"How can a journalist be restrained from tweeting and writing? If he violates any law by tweeting or for that matter any citizen speaking in public or private, then he can be proceeded as per the law," the top court had said in a detailed order passed after more than two hours of hearing.

The court said the direction for the transfer of investigation of the FIRs, which have been registered in Uttar Pradesh, to the special cell of the Delhi police shall apply to all the existing FIRs forming the subject matter of the tweets as noted earlier and to any future FIR to be registered against him under the same subject matter.