Shiv Sena MP Sanjay Raut on Friday appeared before the Enforcement Directorate in Mumbai to record his statement in an alleged money laundering case, and left after more than ten hours. 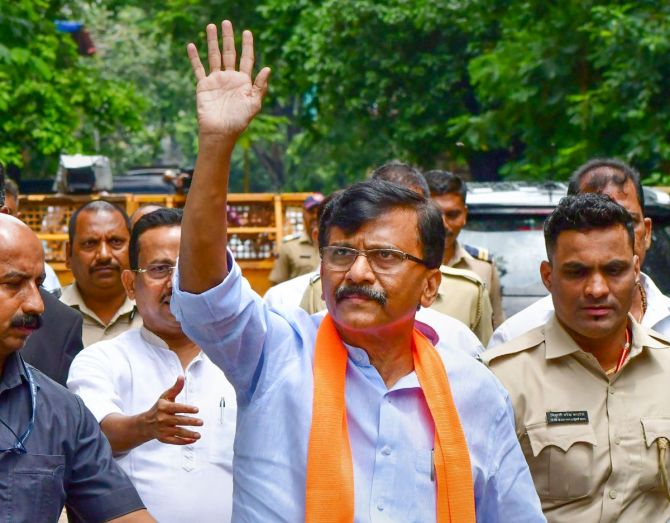 He answered all questions, and would appear before the central agency again if summoned, he told reporters.

Raut reached the ED office located at the Ballard Estate in south Mumbai around 11.30 am.

Heavy police force was deployed outside the central agency's office as large number of Shiv Sena workers were present at the spot. Barricades were placed on the roads leading to the office.

After his arrival, the Sena MP, seen sporting a saffron muffler around his neck, waved at his supporters before entering the office along with his lawyer.

Speaking to reporters before going inside, Raut said, "I will co-operate with the agency in the investigation. It had summoned me, they require some information from me and it is my duty as a member of Parliament, responsible citizen and leader of a political party to co-operate with them."

He said he was 'fearless and undaunted' as he has 'not done anything wrong in life'.

When asked whether it is a politically motivated case, Raut said, "We will come to know it later. I think I am appearing before the agency, which is neutral, and I have full confidence in them."

Earlier in the day, the Sena leader posted a tweet saying, 'I will be appearing bfore the ED today at 12 noon. I respect the Summons issued to me and it's my duty to co-operate with the Investigation agencies.I appeal Shivsena workers not to gather at the ED office. Don't worry !'

The ED had summoned the Rajya Sabha member for questioning in the money laundering probe linked to the re-development of a Mumbai 'chawl' and other related financial transactions involving his wife and friends.

The agency had earlier summoned him on June 28.

However, Raut had termed the ED's summons as a 'conspiracy' to stop him from fighting against the Shiv Sena's political opponents in the wake of a rebellion by party MLAs, and said he will not be able to appear before the agency on Tuesday as he had to attend a meeting in Alibag (Raigad district).

Accordingly, the ED had issued fresh summons and asked him to appear before it on Friday.

'Shiv Sena is where Thackerays are'

Raut on Friday said a new government in Maharashtra under Eknath Shinde has been formed by the Bharatiya Janata Party with a group of MLAs that split the party, and asserted that the Sena is where the Thackerays are.

Taking a dig at Deputy Chief minister Devendra Fadnavis, Raut said had the BJP stuck to its word in 2019, it could have had the CM's post for two-and-a-half years and the Maha Vikas Aghadi (MVA) experiment involving his party, the Nationalist Congress Party and the Congress would not have taken place.

What has the BJP achieved, Raut asked after Fadnavis took charge as the deputy chief minister.

"We will try to expand our party under Uddhav Thackeray. A group split from the Sena has formed the government with the BJP," Raut told reporters.

He was responding to a question whether the new government under Eknath Shinde is a Shiv Sena-BJP government.

Raut stressed that Shinde's move of splitting the Sena will not weaken the party.

Springing a surprise, Fadnavis on Thursday announced that Eknath Shinde, who is leading the rebel Sena MLAs group, will be the chief minister. Shinde's rebellion not only pulled down the Uddhav Thackeray-led government, but it has also engineered a split in the party.

"Shiv Sena is where the Thackerays are," Raut added.

On Shinde's comment that Fadnavis has shown a big heart by making him the chief minister despite the BJP having more numbers than the rebel group, Raut said, the newly appointed chief minister's definition of a big heart may be different.

Extending good wishes to the new government, Raut said Shinde, who began his political career in the Sena, and Fadnavis should together address the problems related to agriculture, unemployment.

"While doing so, they should ensure that the administration and police machinery function without any bias," he noted. 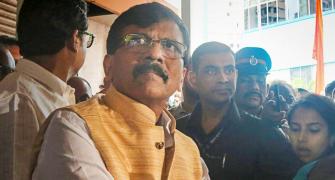 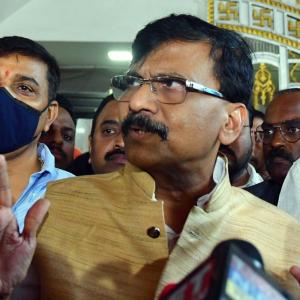 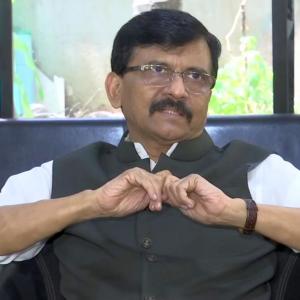