Salman Rushdie, the Mumbai-born controversial author who faced Islamist death threats for years after writing The Satanic Verses, was "still undergoing surgery", several hours after being stabbed by a 24-year-old New Jersey resident at an event in western New York State on Friday. 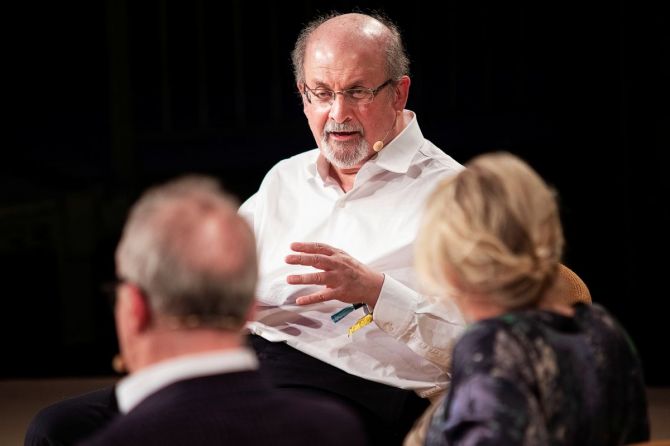 Hadi Matar (24) from Fairview, New Jersey, has been identified as the suspect who stabbed Rushdie, Major Eugene Staniszewski of the New York State Police told a press conference in the evening.

Rushdie (75) was stabbed in the neck as he was on the stage at the Chautauqua Institution, a not-for-profit community on Chautauqua Lake in southwestern New York State, where approximately 7,500 people are in residence on any day during a nine-week season.

Staniszewski said Rushdie was provided medical treatment by a doctor who was in the audience until emergency medical personnel arrived on the scene. "The doctor immediately began first aid" on Rushdie. The author was then airlifted to a local trauma centre and is "still currently undergoing surgery" at about 5 pm local time, several hours after the attack that occurred at approximately 10:47 am.

On a question about Matar's nationality, Staniszewski replied, "I do not know yet."

He said authorities are in the "process of obtaining search warrants for various items. There was a backpack located at the scene. There was also electronic devices". He added that at the moment, it is assumed that the suspect was "working alone".

Staniszewski said the authorities do not have any indication of a motive "at this time. But we are working with the FBI, the Sheriff's Office and we will determine what the cause of this was and what the motive for this attack was".

Staniszewski said approximately at 10:47 am local time, Rushdie and Reese (73) had just arrived on stage at the Chautauqua Institution for the event. "Shortly thereafter, the suspect jumped onto the stage and attacked Rushdie, stabbing him at least once in the neck, and at least once in the abdomen."

Staniszewski said several members of the staff at the institution and audience members rushed the suspect and took him to the ground. A trooper with New York State Police, who was at the institution, took the suspect into custody with the assistance of a Chautauqua County Sheriff's deputy. 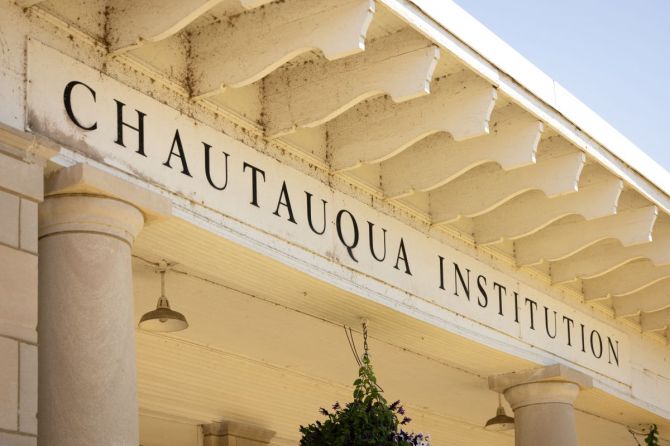 IMAGE: A view of the Chautauqua Institution where Salman Rushdie, the Indian-born novelist who was once ordered killed by Iran in 1989 because of his writing, was attacked on stage at an event in New York, US, August 12, 2022. Photograph: Lindsay DeDario/Reuters

"What we experienced at Chautauqua today is an incident unlike anything in our nearly 150-year history. We were founded to bring people together in community, to learn and in doing so, create solutions through action, to develop empathy and to take on intractable problems. Today we're called to take on fear and the worst of all human traits. Hate," he said.

"Our job right now though is to continue to support police and others to be a resource" for the family members of Rushdie and Reese and "to begin to imagine a pathway to healing. But be assured, we will return to our podiums and our pulpits at Chautauqua, we will continue to convene the critical conversations that can help build up empathy, obviously which is now more important than ever," Hill added.

He said the institution was "extremely excited" to have Rushdie for the event.

"He is known as one of the most significant champions of freedom of speech and I think the worst thing Chautauqua could do is to back away from its mission in light of this tragedy. And I don't think Mr Rushdie would want that either," Hill said.

He said the suspect had a "pass" to access the grounds at the institution, adding, "This has never happened in our entire history. Chautauqua has always been an extremely safe place. And we will continue to be working to keep that tradition going."

New York State Governor Kathy Hochul said the attack on Rushdie "was also an attack on some of our most sacred values -- the free expression of thought. We condemn all violence. We stand up to attacks on our fundamental rights. And we remain firm in our commitment to freedom to speak and to write truth".

President of PEN America Ayad Akhtar said in a statement that "it is hard to find words to express the emotions occasioned" by the shocking attack on Rushdie, who has been a former president of the literary organisation. 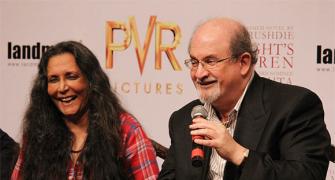 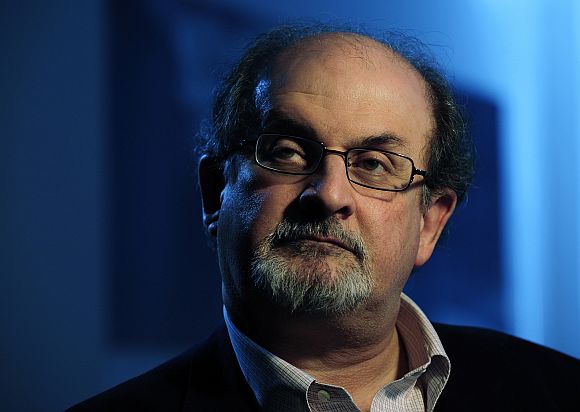 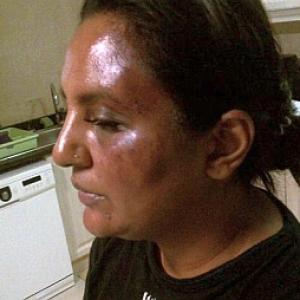