In the wake of an uproar over a move to ban Bhagwad Gita in Siberia, Russia on Monday night expressed sadness over the development, saying it is "inadmissible" that a holy scripture is taken to court.

"It is strange that such events are unfolding in the beautiful university city in Siberia, as Tomsk which is famous for its secularism and religious tolerance," Alexander M Kadakin, Russian Ambassador in India said in a statement.

"Well, it seems that even the lovely city of Tomsk has its own neighborhood madmen. It is sad indeed."

"I consider it categorically inadmissible when any holy scripture is taken to the courts. For all believers these texts are sacred," the Ambassador said.

"It is not normal either when religious books are sent for examination to ignorant people. Their academic scrutiny should be done at scientists' fora, congresses, seminars, etc but not in courts," he said.

Meanwhile, a Russian court on Monday suspended its verdict till December 28 on the demand for banning Bhagavad Gita, which a group linked to the Christian Orthodox Church has described as 'extremist'.

The move triggered strong protests by Members of Parliament earlier in day. They wanted the Indian government to take up the matter strongly with Russia.

"Russia, as it is known to anyone, is a secular and democratic country where all religions enjoy equal respect.

Even more applicable it is to the holy scriptures of various faiths - whether it is the Bible, the Holy Quran, Torah, Avesta and, of course, Bhagavad-Gita -- the great source of wisdom for the people of India and the world," the Ambassador said. 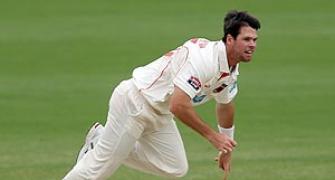