Ruckus at Rahul's UP rally: FIRs lodged against Cong leaders

In an obvious bid to settle her scores with the Centre, Uttar Pradesh Chief Minister Mayawati on Tuesday got FIRs lodged against two Union ministers and two Uttar Pradesh Congress leaders for bashing up activists of Samajwadi Party near the venue of Rahul Gandhi's campaign rally in Phoolpur on Monday.

Union Minister of State for Road Transport Jitin Prasada and minister of state, petroleum, RPN Singh, who along with veteran UP Congress MLA Pramod Tiwari and party MLC Naseeb Pathan have been accused of rioting under the provisions of section 147 of the Indian Penal Code.

Their offence was that they took it upon themselves to overpower and beat up the SP activists who broke through the high level security cordon of Congress general secretary Rahul Gandhi and showed black flags just as he alighted from his helicopter, to address a public rally in Jhusi area of Phoolpur parliamentary constituency on the outskirts of Allahabad city.

Strangely, no case was registered against the SP activists who had stormed into the helipad area.

While declining to comment why the administration had not taken cognizance of the security breach of Rahul Gandhi, who has a SPG cover, Allahabad Director Inspector General Prakash D told rediff.com over the phone, "Well, the FIR was lodged by one Abhishek Yadav, who is a student leader of Allahabad University. In any case, the incident was widely aired on several TV channels which showed the ministers and legislators thrashing and kicking some persons."

Earlier on Monday when journalists confronted Abhishek Yadav about the reasons that provoked him to display black flags before Rahul Gandhi, he had said, "We simply wanted to express our protest against Rahul Gandhi's indifference to our demand for holding student union elections at the centre-run Allahabad University."

Asked to comment on the FIR, Pramod Tiwari told rediff.com late on Tuesday night, "Anybody can see that this FIR against us is highly politically motivated; after all it were these SP activists who had committed the offence of breaking into Rahul Gandhi's security; but instead of booking them, the UP police has booked us, which clearly shows the petty levels to which Mayawati could stoop down to."

Tiwari was convinced, "The FIR could not have been lodged without specific instructions from the UP chief minister."

He went on to add, "But since it was politically motivated, we wil also fight it politically." 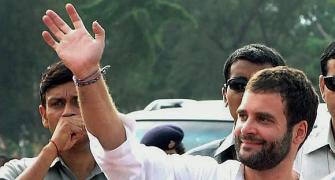 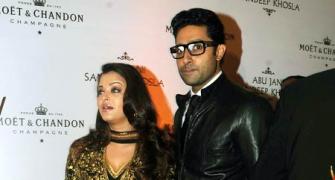 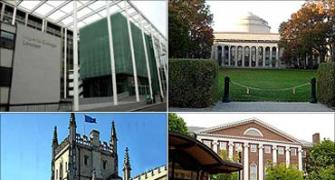