RSS, VHP activists distributed saffron colour scarves advising North-East Indians they visited to sport it as a shield against any attack on them. Mohammed Siddique reports.

The exodus of North-East Indians from different cities of the country, including Hyderabad, is now threatening to take a communal tinge with the entry of organisations like the Rashtriya Swayamsevak Sangh and the Vishwa Hindu Parishad.

They even distributed the saffron colour scarf advising them to sport it as a shield against any attack on them.

"It is our duty to extend you the protection," VHP activists told the residents.

Meanwhile, in a press note, RSS Joint Secretary Dattatreya Hosabale said that the Swayamsevaks of the organisation were meeting the students from the North-East in Pune, Mumbai, Bengaluru, Kerala, Hyderabad and Delhi and offering all the help for their safety and security.

Hosabale, who was in Guwahati said that the sangh, the BJP and the Akhil Bharatiya Vidyarthi Parishad were also providing food and security to the Assamese youth who were returning to their states by trains.

He assured all the help to the "brethren of Assam and other NE states" living or studying in other parts of the country. "We appeal to them not to panic and contact local RSS or ABVP offices at any place for any help. The people of Assam and NE are not alone but the entire country is with them at this hour of distress," he said in the press release.

Meanwhile, the Cyberabad police commissioner Dwarka Tirumala Rao said that there was no truth in the rumours that Assamese were threatened to leave Siddiqur Nagar and Anjaih Nagar area of the city. "None of the Assamese were assaulted or threatened by any one. In view of the prevailing situation in Assam a lot of Assamese were going to visit their families out of their own anxiety. Pickets were posted in Anjaiah Nagar and Siddique nagar. Police have intensified patrolling in Raidurg and Madapur PS areas," he said.

Cyberabd police also organised a meeting with security agencies and the Assamese on Thursday at the NAC auditorium to dispel their fears and anxieties and to restore a sense of confidence in them.

He appealed to those who have left to return and join their duties. 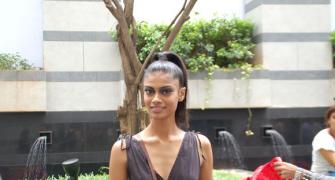