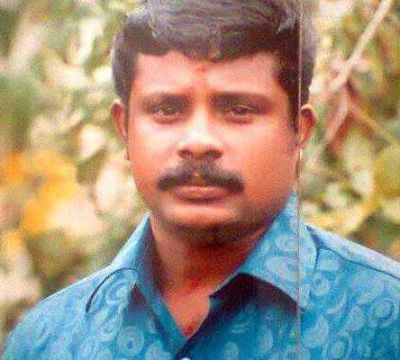 A day after a Rashtriya Swayamsevak Sangh worker was hacked to death in Thiruvananthapuram, Kerala Chief Minister Pinarayi Vijayan and state police chief Loknath Behera on Sunday met Governor P Sathasivam in response to a Raj Bhavan summons to ascertain the action taken by the government in the case.

A Raj Bhavan statement said the chief minister and police chief were summoned in the wake of recent incidents of violence in the state capital, including the murder of an RSS functionary on Saturday.

'Chief Minister informed that culprits in murder of RSS worker in Trivandrum arrested & that lawbreakers will be sternly dealt with,' he said.

The governor said the chief minister assured that law breakers would be sternly dealt with, 'irrespective of status or political affiliation'.

Vijayan met the governor around 11.30 am, while the DGP met Sathasivam at 12.30 pm, the governor's office said. The Raj Bhavan statement also said the chief minister would soon make a public appeal to maintain peace.

The governor asked the DGP to take all possible measures to book the culprits and maintain peace in the southern state.

Sathasivam also spoke to Kummanam Rajasekharan about the incident and the attack on the BJP party office in Thiruvananthapuram.

According to the statement by the Raj Bhawan, the governor also spoke to Communist Party of India-Marxist state secretary Kodiyeri Balakrishnan to enquire about stone pelting at his son's residence in Thiruvananthapuram.

Sathasivam also had a word with Union Home Minister Rajnath Singh and apprised him of the situation and measures taken by the state government.

Police have so far taken six persons into custody in connection with the slaying of the RSS worker even as the BJP called for a dawn-to-dusk state-wide hartal on Sunday to protest the incident.

The hartal has been incident free.

Earlier, the Kerala Police detained six people in connection with the murder of 34-year-old Rajesh allegedly by a gang led by a history-sheeters.

Police said Rajesh’s left hand was chopped off in the attack which took place around 9 pm on Saturday night.

Rajasekharan alleged that the CPI-M was behind the attack, a charge denied by the district leadership of the Left party.

"In last two weeks, two cases were registered against the victim and the main accused over personal rivalry. The BJP (Bharatiya Janata Party) is creating law and order problems," Balakrishnan said.

Earlier in the day, Union Home Minister Rajnath Singh voiced concern over attacks on political workers in Kerala and said political violence was unacceptable in a democracy.

During a telephonic conversation with Chief Minister Pinarayi Vijayan, Singh discussed with him the recent incidents of political violence in the state.

'I have expressed my concern over the law and order situation in the state of Kerala. Political violence is unacceptable in a democracy,' he said in a tweet. 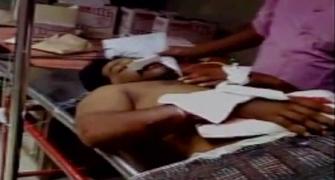 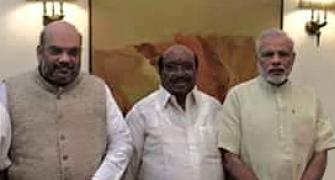 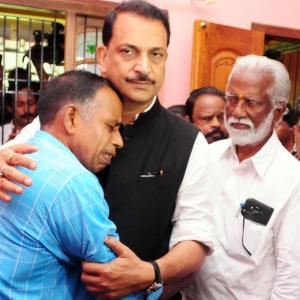 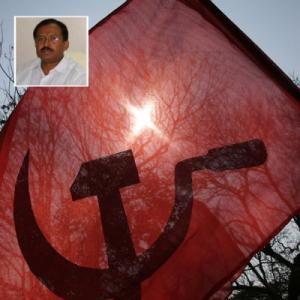