The Rashtriya Swayamsevak Sangh on Friday claimed "anti-national and anti-social" forces were trying to thwart efforts towards finding a solution to the ongoing farmers' agitation against the three Central farm laws and said it is not in anyone's interest for any kind of protest to be prolonged. The Rashtriya Swayamsevak Sangh, holding a two-day meeting of its Akhil Bharatiya Pratinidhi Sabha, the highest decision-making body of the organisation, in Bengaluru from Friday said discussions were a must and some agreements must be reached even if not all issues could be sorted out.

The farmers have been staging protests for over 100 days on the borders of Delhi against the three contentious farms laws, demanding that they be repealed as several rounds of talks held by the Centre have failed to break the ice.

"It is not in anyone's interest for any kind of agitation to be prolonged for a long time. Discussions are a must, but with a view to finding a solution. It is possible that not all issues are agreed upon, but it is essential that some agreements must be reached upon," RSS said in its Report-2021.

It was also a matter of concern that day-to-day life remained affected due to agitations and "the problem becomes more serious when anti-national and anti-social forces try to thwart the ongoing efforts towards a solution," it said cautioning that the leadership of the present agitation should not allow such a situation to arise.

Noting that in the near past, "we have felt that such anti-national forces are trying to create an environment of disturbance and instability in the country to achieve their political ambitions", the Sangh said, "We believe that there are no unsolvable problems. What is needed is sincere efforts."

In a democracy, all have the freedom of expressing their views, but none can be given the right to create disturbance and instability in the country, it said.

Pointing out that the three bills relating to agriculture were passed by a majority in Parliament and farmer organisations opposing the action through protests, the RSS said the intensity of the agitation increased with time.

Several rounds of talks went on between the government representatives and agitating farmer organisations, but the agitators remained firm on their demand despite the government accepting a few proposals to modify the laws, it said.

Intensifying their agitation, the Samyukt Kisan Morcha has given a call for 'Sampurna Bharat Bandh' on March 26 and on March 28 the protestors will burn copies of the three laws during 'holika dehan'.

The three farm laws have been projected by the Centre as major reforms in the agriculture sector that will remove the middlemen and allow farmers to sell their produce anywhere in the country.

However, the protesting farmers, largely from Punjab and Haryana, have been maintaining these laws would lead to eliminating the minimum support price and allow big corporates to dominate. 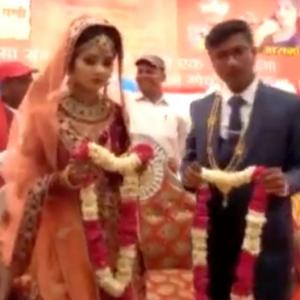