Rashtriya Swayamsevak Sangh (RSS) chief Mohan Bhagwat said on Wednesday India should frame a well thought out, comprehensive population control policy applicable to all social groups equally and flagged the issue of demographic 'imbalance' as he also asserted there was no danger to minorities. Speaking at the annual RSS Dussehra rally at the Reshimbagh Ground in Nagpur, Bhagwat called for women empowerment and covered a wide range of issues, from 'Hindu Rashtra', education, self-reliance to India's help to crisis-hit Sri Lanka and the ongoing Ukraine-Russia conflict during his more than 60-minute-long address.

He said community-based 'population imbalance' is an important subject and should not be ignored.

Population imbalances lead to changes in geographical boundaries, he said.

"Seventy five years ago, we experienced this in our country. In the 21st century, three new countries that have come into existence -- East Timor, South Sudan and Kosovo -- they have been the results of population imbalance in certain territories of Indonesia, Sudan and Serbia," he said.

The new population policy should be applicable to all communities equally to strike a balance, he said.

"There has to be a balance among the communities in this country," he added.

"Alongside the differences in birth rate, conversions by force, lure or greed and infiltration are also big reasons. All these factors have to be mulled over," he said.

Bhagwat emphasised on the use of mother tongue and said, "English language is not important for building a career."

The RSS invited acclaimed mountaineer Santosh Yadav as the chief guest for the event. She is the first woman in the world to climb the Mount Everest twice.

Pointing out at China's 'one family one child' policy, Bhagwat said, "While we are trying to control the population, we should see what happened in China. That country went for the one child policy and now it is getting older."

"With 57 crore youth population in India, we will remain a young nation for the next 30 years. However, what will happen to India after 50 years? Will we have enough food to feed the population?" he added.

"Our country has a huge population -- this is a reality. Nowadays there are two kinds of evaluation done on population. Populations require resources, if it keeps growing it becomes a big burden, perhaps an unbearable burden," he said.

"Therefore, with the perspective of population control, plans are made. There is another dimension in which population is considered an asset. Focus is on appropriate training and maximum usage," Bhagwat said.

The RSS chief said scare-mongering was being done by some people that there was a danger to minorities, but asserted this was neither the nature of the Sangh nor of Hindus.

"The Sangh resolves to stand on the side of brotherhood, amity and peace," Bhagwat said at the Dussehra rally.

Raising concerns over inequality, he said 'unless temples, water sources and cremation grounds are open to all Hindus, till such time the talk of equality will be a mere pipe dream'.

There should be no recurrence of Udaipur and Amravati incidents (where a tailor and a pharmacist were killed after they support suspended Bharatiya Janata Party spokesperson Nupur Sharma), Bhagwat said, adding a particular community as a whole should not be taken as the root cause for it.

The RSS chief the concept of 'Hindu Rashtra' is being taken seriously.

"Now, when the Sangh is receiving the affection and confidence of people and also has become strong, the concept of Hindu Rashtra is being taken seriously," he said.

"Many people agree with the concept, but are opposed to the word 'Hindu' and they prefer to use other words. We don't have any issue with that. For the clarity of concept -- we will keep emphasising the word Hindu for ourselves," he said.

He laid emphasis on women's empowerment and said a society cannot progress without women.

"We must empower our women. Society cannot progress without women. Our prestige and credibility increased in the world. In the past, we put some restrictions on women although culturally we call them our mother out of respect. However, after the invasions that went on for decades, we legitimised those restrictions," he said.

Bhagwat said 'horrific and grisly incidents' occurred in Udaipur and some other places recently which stunned the society made most of the people sad and angry.

After the Udaipur incident, few prominent persons from within the Muslim society voiced their protest against it.

"This manner of protest should not be an isolated phenomenon within the Muslim society rather it should become the nature of their large sections," he said.

"Whatever be the extent of provocation, protests always have to be within the boundaries of laws and the Constitution. Our society should come together, not fall apart or quarrel," said Bhagwat.

Bhagwat said, "The devotion to Bharat, the shining ideals of our ancestors and the great Sanskriti of our country, these are the three pillars which light up and pave our path on which we have to travel together with love and affection. This is our selfhood and Rashtra Dharma."

"The Sangh works to develop the entire society as an organised force. This work is Hindu Sangathan work because the above mentioned thought is called as the thought of Hindu nation and it is so," he said.

Bhagwat said the way India recently helped crisis-hit Sri Lanka and New Delhi's stand during the Ukraine-Russia conflict showed the country was being heard at the global level and that it was gradually becoming self-reliant on the national security front.

"The way we helped Sri Lanka, and our stand during the Ukraine-Russia conflict shows that we are being heard. We are becoming more and more self-reliant on national security front as well," the RSS chief said.

He said Prime Minister Narendra Modi, during in his address on the inauguration of the newly christened 'Kartavya Path' (a stretch from Rashtrapati Bhavan to India Gate in Delhi), gave a description of modern India's future based on economic, technological and cultural foundations.

"The government is to be commended for its clear enunciations. However, it is required that we all perform our responsibilities in word and deed in this direction," he said.

He said India's economy is returning to normalcy post-COVID-19 and world economists are predicting it will grow further.

"After negotiating through the calamity of corona, our economy is inching towards the pre-pandemic levels," the RSS chief said.

"In sports also our players are making the country proud," he noted. 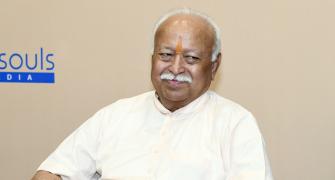 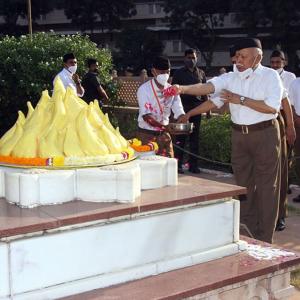 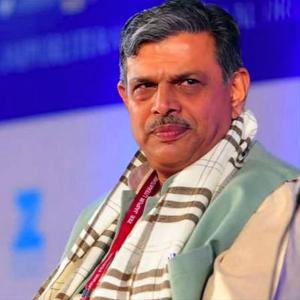