October 14, 2011 16:57 IST
In another gesture of support to Team Anna, Rashtriya Swayamsevak Sangh on Friday said it will stand behind any individual or organisation taking up the fight against corruption.

At the three-day national executive meeting of the RSS in Gorakhpur, the Sangh's head of pracharaks (propagators) Manmohan Vaidya said "full support" would be given to all organisations and individuals who fight against corruption.

This statement has come at a time when Gandhian Anna Hazare has said there was no support from RSS to his campaign for a Jan Lokpal Bill and the fast that he undertook at Ramlila grounds in New Delhi. He has even attacked Congress General Secretary Digivjaya Singh for making this suggestion.

"Not a single member of the RSS was present at my agitation and this could be a joint attempt by the Congress and the RSS to defame me," Hazare had said.

While Hazare has tried to distance himself from the RSS, the latter has emphasised on several occasions that its cadre was present in big numbers at the civil society activist's fast. The RSS also spoke against the attack on Bhushan two days back in the lawyer's chamber in the Supreme Court.

"The Sangh does not support the violent act against a member of Team Anna," Vaidya said, in reply to a question. However, the Sangh is clear about its policy on Kashmir and maintains it is an integral part of India.

Bhushan was beaten up by members of a right-wing outfit, which was opposed to his view that a plebiscite should be held in Kashmir to decide its fate.

Incidentally, Hazare has himself differed with Bhushan on this issue, saying the lawyer's opinion is personal and does not reflect the views of Team Anna.

Hazare said Kashmir is a part of India and will continue to be so. The RSS is holding a three-day conclave in Gorakhpur that commenced on Friday.

A resolution on Chinese intrusions into India and the growing threat from the neighbouring country as well as the need to strengthen border security is expected to be passed during the meet. The proposed Communal Violence Bill will also be discussed.

The RSS is opposed to it as it feels the majority community is being targeted and will be held accountable for any communal riot that takes place.

The Sangh founthead will take stock of its organisational functioning and discuss ways to improve it during the conclave, Vaidya said. 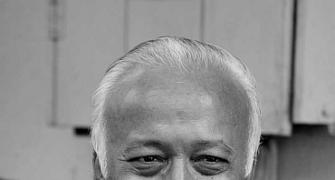 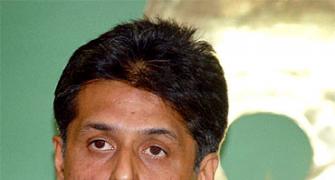 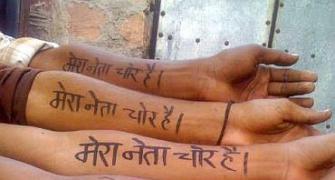 Why the govt cannot put down Anna's movement 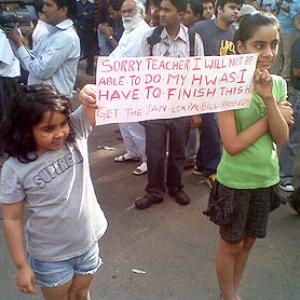 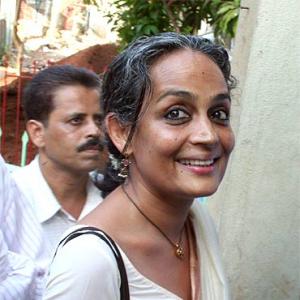