Congress president Sonia Gandhi's son-in-law Robert Vadra has said he is ready to enter politics 'if people want' and this will allow him to serve them in a major way. Speaking to a local YouTube channel on Sunday after offering prayers at the Mahakaleshwar Temple in Ujjain, Robert Vadra, 53, the husband of Congress general secretary Priyanka Gandhi, said he understands politics.

"If people wish I should represent them and if I can bring some change for them, then I will definitely take this step," he said, adding that by doing so, he will be able to serve people 'in a major way'.

"My charitable works are going on for more than 10 years and will continue in future also. Whether I enter politics or not, these works will continue as it is my way of serving people," he said.

He said he has been in the midst of people across the country and they are with him.

"These people know that if they use my name, then they (his supporters) will do good work for the common man," he added.

"Let's see what happens ahead. We used to discuss everyday in the family about the kind of politics taking place today and how the country is changing," he said.

He claimed the media is afraid of showing the reality to people. Such things are not part of democracy and would 'take the country backward, not ahead'.

Asked about his wife's performance in the UP polls, he said, "I will give Priyanka 10 out of 10. She worked day and night for these polls. But, we accept the mandate of the state's people and will continue to serve them with full vigour."

He also went on to add that 'poll results in the country would be totally different if doubts in the people's minds related to EVMs are removed'.

"The divide between Hindus and Muslims in the country must end and the nation should embrace all faiths to remain secular," he added. 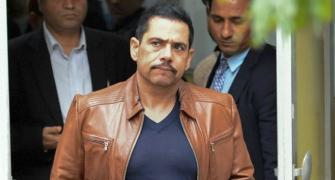 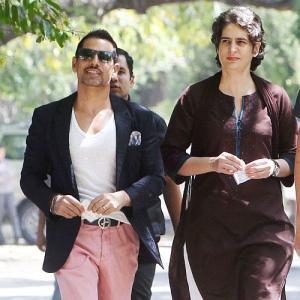 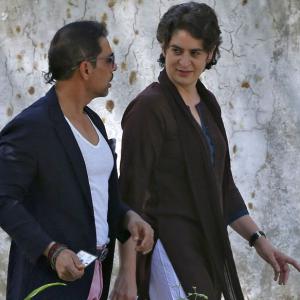