The Delhi high court on Wednesday deferred till Thursday the hearing on the anticipatory bail plea of Congress leader Sajjan Kumar in the 1984 anti-Sikh riots case.

64-year-old Kumar, a former Member of Parliament from outer Delhi, has approached the high court against trial court's order, which had on February 15 refused to grant him anticipatory bail.

Kumar, who has submitted that he apprehended arrest after being summoned by the trial court, moved the high court seeking stay on the lower court's proceedings.

In view of his plea in the high court, the trial court deferred hearing on the issue twice on Wednesday.

The trial court had refused to grant Kumar anticipatory bail, saying the allegations against him on 'face value' do not appear to be completely false.

The lower court, in its 38-page order, had said no exceptional reasons have been brought forth which may entitle the accused for the grant of anticipatory bail.

Central Bureau of Investigation had chargesheeted 13 people, including Kumar, on January 13 in two separate 1984 riots cases for allegedly making provocative speeches, leading to the killing of 12 persons in the violence that broke out following the assassination of the then prime minister Indira Gandhi.

The probe agency had filed the chargesheets in the court after concluding its investigation into the cases registered on the recommendation of Nanavati Commission in 2005. 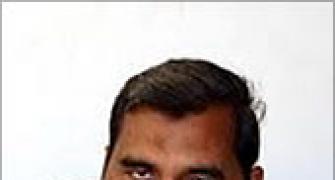