The government on Thursday strongly rebutted allegations of it showing favouritism towards Reliance Industries, saying decisions were taken objectively without fear or favour and that it had way back in 2010 rejected the company's demand for a revision in gas price.

Terming allegations levelled by India Against Corruption as "baseless and frivolous, the oil ministry in a six-page statement said the Congress-led UPA-I and UPA-II governments under Prime Minister Manmohan Singh have been "consistently protecting the national interest".

In a point-by-point rebuttal to allegations levelled by Arvind Kejriwal and Prashant Bhushan on Wednesday, it said: "The ministry is committed to upholding the rule of law and the decisions are taken objectively without any fear or favour."

"The system is not influenced or guided by whims and fancies of any individual or group of individuals. The ministry continues to function and take decisions with firmness, after due diligence and strict adherence to principles of transparency and probity," it said.

It termed as "baseless" allegations of government favouring RIL in award of KG-DWN-98/3 or KG-D6 block, where subsequently 18 gas and one oil find was made.

The ministry said under the New Exploration Licensing Policy (NELP) approved by the Government in 1997 and implemented by the BJP-led NDA government in 1999, areas like KG-D6 were offered for exploration through open international competitive bidding.

"The contract under NELP was modelled after Production Sharing Contracts (PSC) prevalent in other developing countries. Commonwealth Secretariat provided consultancy during the design of the PSC document," it said adding KG-D6 block was awarded to RIL and its Canadian partner Niko Resources through competitive bidding.

"The contract is a generic template and not specific to RIL," it said.

Earlier in the day, former Petroleum Minister Mani Shankar Aiyar -- IAC had alleged that Aiyar too was removed at the behest of RIL -- met Oil Minister M Veerappa Moily before the issue of the statement.

"The impact of capex and low production is on the revenue sharing which is dependent on the ratio of revenue and the expenditure," the statement said.

The ministry said that the government had "fought vigorously" in the Supreme Court defending its rights over the natural resources in the battle between RIL and Anil Ambani-run Reliance Natural Resources Ltd.

"As a result in its landmark judgement, the Supreme Court held that 'in a constitutional democracy like ours, the national assets belong to the people. The government holds such natural resources in trust. Legally, therefore, the government owns such assets for the purposes of developing them in the interests of the people. In the present case, the government owns the gas till it reaches its ultimate consumer'," it said.

On postponement of an Entry Conference called by the CAG to begin the second round of audit of KG-D6 spending, the ministry said: "The meeting was called at official level to discuss the procedural issues of audit by the CAG and due to certain administrative inconvenience it was postponed on October 26 itself (well before the Cabinet reshuffle)."

"The postponement of the meeting will in no way affect either the procedure or the content of the audit by the CAG of these blocks," it said.

The ministry said the audit of certain oil and natural gas blocks was entrusted to CAG in 2007 when Murli Deora was oil minister.

Rejecting IAC allegations that S Jaipal Reddy was shifted out of the Oil Ministry to facilitate RIL getting a higher price for gas, the ministry said a revision of gas price before 2014 was rejected in 2010 itself.

Giving an elaborate chronology of events that led to fixation of $4.2 per million British thermal unit as the sale price of gas produced from KG-D6 block, the ministry said there was no question of revising price before the expiry of the five-year tenure on March 31, 2014.

RIL, it said, had in September 2010 represented that they had been approached by consumers offering to buy KG-D6 gas at higher than the government fixed rate.

"This was replied to on October 21, 2010 when Murli Deora was the Petroleum Minister, that EGoM has approved the price for five years from the date of commencement of supply and RIL was instructed to comply with the price," it said.

"The Government of India has taken a consistent stand from 2010 onwards that the revision cannot take place earlier than 2014," the ministry added.

On hike in capital expenditure at KG-D6 block, the statement said the ministry's stand has been consistently to "protect the government's revenue by proper and regular monitoring of the expenditure and production".

RIL, it said, had in November 2004 proposed a capital expenditure of $2.4 billion to produce 3.81 trillion cubic feet of gas reserves. This was two years later revised to $8.8 billion for producing 10.3 Tcf of gas.

"They have again submitted a revised Field Development Plan in September, 2012 bringing back the reserves at 3.4 Tcf and capex to $6.2 billion," it said. "This is being examined critically by DGH."

The ministry said the fall in output from 67 million standard cubic meters per day peak achieved in 2009-10 to 20.5 mmscmd now instead of going to the targeted 81 mmscmd, has been punished by disallowing "proportionate cost recovery".

"The ministry will continue to protect the government's interest in all force," it said.

In November 2007, the CAG was requested to conduct for special audit of Production Sharing Contracts for eight blocks from where revenue is generated. The CAG agreed to audit five blocks -- Panna-Mukta, Tapti, KG-D6, Hazira and PY-3.

"The CAG initiated audit of 4 blocks including KG-DWN-98/3 for financial year 2006-07 and 2007-08. CAG submitted its report in August 2011, which is under examination by Public Account Committee," it said, adding CAG has indicated that they will audit this block in future years also.

"RIL has raised certain apprehensions regarding this audit and expressed their desire to discuss the issue further. The issues are likely to be finalized in the next few weeks," the statement said, adding that audit of oil and gas blocks was entrusted to the CAG in 2007 itself and not during 2011-12. 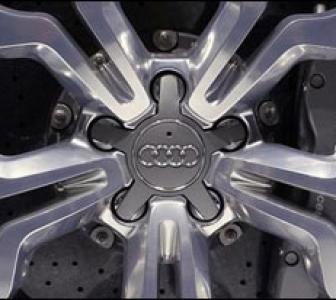 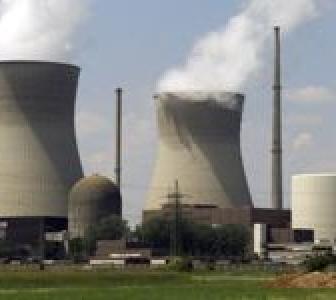 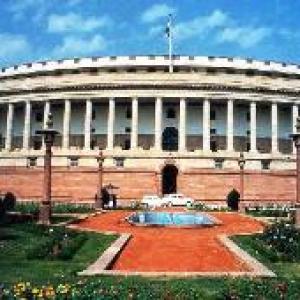 Did not award KG-D6 block to RIL: Govt