Parties cutting across the political divide in West Bengal on Thursday evoked Bengali sub-nationalism, asserting that the "vilification campaign" against actor Rhea Chakraborty "proved" Bengalis are a soft target of the Bharatiya Janata Party, which is looking to cash in on this narrative ahead of the Bihar assembly polls. 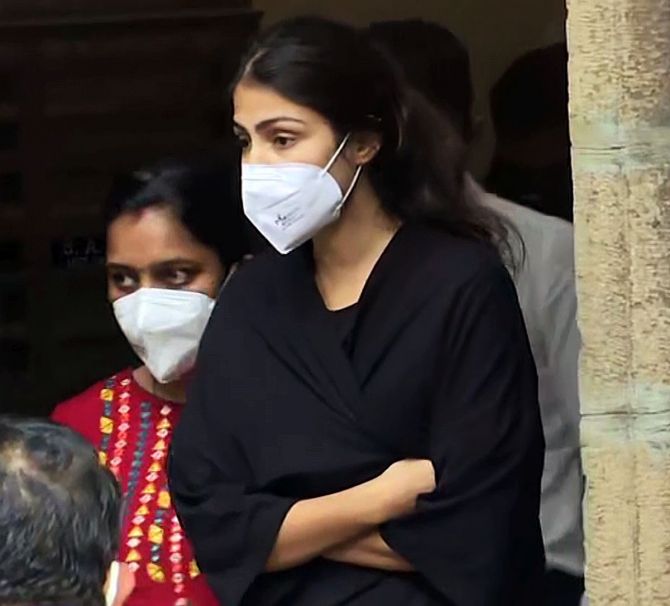 Bengali sub-nationalism is also slowly emerging as a rallying cry ahead of the West Bengal assembly elections due next year.

The ruling Trinamool Congress Party and opposition Congress and the Communist Party of India-Marxist, despite their sharp political differences, have equivocally slammed the saffron party for "using" a Bengali woman as a "soft target" to score brownie points in the run up to the Bihar polls later this year.

The BJP leadership, however, has declined to comment on the accusation.

"If someone has committed a crime, the person should be punished as per law. But even before being proven guilty, the kind of vilification campaign that was noticed on social media against Bengali women stems from the hatred for the Bengali community.

"The BJP and its frontal organisation have been spearheading this campaign," Chakraborty said.

The TMC said BJP's inherent dislike for Bengalis has again come out in the open due to the Rhea Chakraborty episode.

"I feel that as Rhea is a Bengali, she was victimised even before she was proven guilty in court. The vilification campaign once again proves the sheer hatred of the BJP towards the Bengalis. We had witnessed something similar in the Assam NRC, too," senior TMC leader and national spokesperson Saugata Roy said.

On Wednesday, Leader of the Congress in Lok Sabha and newly-appointed West Bengal Congress president Adhir Ranjan Chowdhury had described her arrest over drug charges as "ludicrous".

"Rhea's father is a former military officer who served the nation. Rhea is a Bengali Brahmin lady; justice to actor Sushant Singh Rajput should not be interpreted as justice to a Bihari.

"The father of Rhea is also entitled to demand justice for his kids, trial by media is an ominous portent for our judicial system. Justice for all is one of the basic tenets of our Constitution," he had said in a series of tweets.

Chowdhury said Rajput was an Indian actor, but the "BJP turned him into a Bihari actor" only to score electoral brownie points.

"Rhea Chakroborty has been indicted not for abetment of suicide or murder or any economic offences; she has been arrested under NDPS, ludicrous," he said.

Narratives themed around 'Bengali pride' and 'natives versus outsiders' are slowly gaining momentum, with various outfits raising the pitch for reservation for domicile Bengalis in jobs and education in the state, where, until a few years ago, cultural sub-nationalism was an alien concept.

The latest to add fuel to the fire was the alleged online vilification of Bengali women in the aftermath of Rajput's death, with many fans of the deceased actor calling his rumoured girlfriend Rhea Chakraborty and others from the community "gold diggers" and "witches".

After the electoral reverses in the Lok Sabha polls last year and the rise of the BJP as a prime contender for power, TMC supremo and West Bengal chief minister Mamata Banerjee has often invoked Bengali sub-nationalism, and called the BJP a party of "outsiders".

"The way BJP had attacked Bengali women reflects its hatred for our sisters and daughters. The BJP, which is dreaming of capturing power in Bengal, doesn't have an iota of respect for Bengal or Bengalis," Kaushik Maiti, a senior leader of 'Bangla Pokkho', an organisation fighting for the rights of Bengalis, said.

When contacted, BJP national secretary Rahul Sinha declined to comment on the matter.

After three days of interrogation, the Narcotics Control Bureau on Tuesday arrested Chakraborty, 28, in a drugs case linked to Rajput's death, following which she was sent to judicial custody till September 22 by a local court. 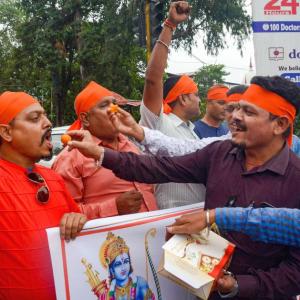