A United States lawmaker has introduced a resolution on Kashmir in the House of Representatives, condemning the alleged human rights violations in Jammu and Kashmir and urged India and Pakistan to abstain from the use of force to settle the status of all disputed territories between them. 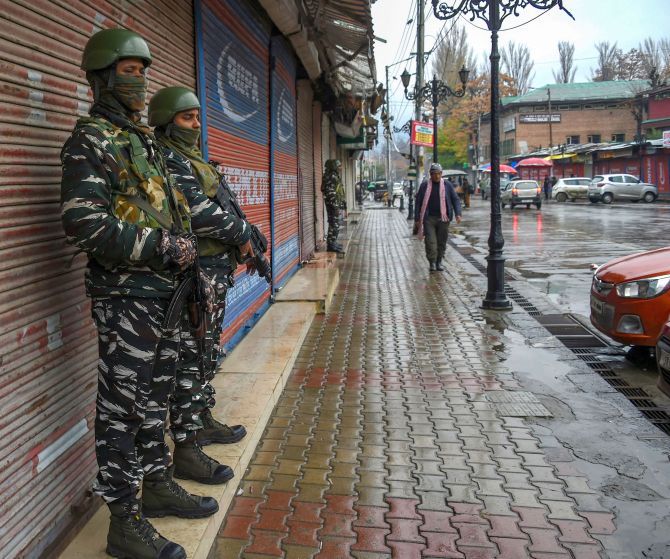 Congresswoman Rashida Tlalib, who along with Ilhan Omar is the first two Muslim women to be elected to the Congress, in the House Resolution No 724 introduced on Thursday urged India and Pakistan to engage in dialogue to deescalate tensions between them.

India on August 5 abrogated provisions of Article 370 of the Constitution to withdraw Jammu and Kashmir's special status and bifurcated it into two union territories.

India has categorically told the international community that the scrapping of Article 370 was an internal matter. It has also advised Pakistan to accept the reality and stop all anti-India propaganda.

The resolution titled "Condemning the human rights violations taking place in Jammu and Kashmir and supporting Kashmiri self-determination" currently has no co-sponsors and has been sent to the House Foreign Affairs Committee for necessary actions.

The resolution said that any changes to the status of Jammu and Kashmir must be made with the direct consultation of the Kashmiri people, who must play a central role in the determination of their future.

Alleging that India has unilaterally changed the status of Jammu and Kashmir without a direct consultation or the consent of the Kashmiri people, the resolution urges New Delhi to immediately lift all remaining elements of the communications blockade imposed in Jammu and Kashmir.

Noting that the detentions and harassment of journalists in Jammu and Kashmir has been reported by independent observers and journalistic organisations, the resolution alleges that the right to religious expression has been severely curtailed, including the closures of mosques and religious buildings.

"India has failed to hold its military accountable and perpetuated a state of impunity for members of the Indian Armed Forces and related security services, in part through the Armed Forces Special Powers Act," the resolution said.

The resolution also notes that the militant groups Lashkar-e-Taiba, Jaish-e-Mohammed, Hizbul Mujahideen and Harakat Ul-Mujahidin have contributed to the harsh conditions and dire human rights situation faced by civilians in Jammu and Kashmir.

Opposing any use of force against civilian populations by governmental and nongovernmental actors alike, the resolution opposes and condemns the use of pellet shotguns and rubber bullets as a crowd-control method in any case. Modi govt has taken the right action on J-K