Report indicates Wuhan scientists got sick with Covid before outbreak

Three researchers from the Wuhan Institute of Virology sought hospital care in November 2019, weeks before Beijing disclosed the COVID-19 pandemic, a United States media report said, citing a previously undisclosed American intelligence document that could add weight to growing calls for a full scale probe of whether the coronavirus may have escaped from China's top bio lab. 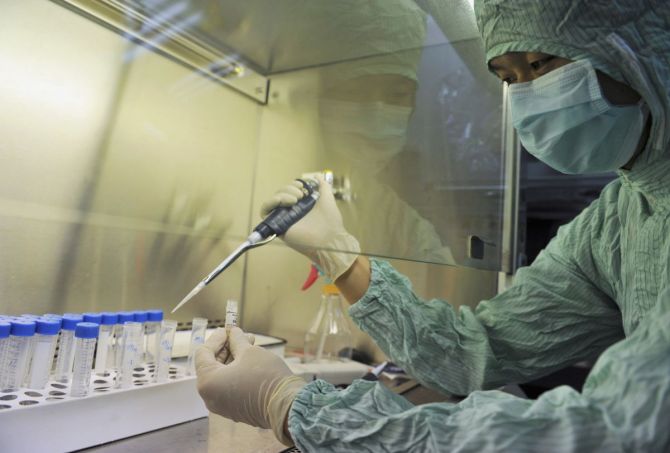 The details of the reporting go beyond a State Department fact sheet, issued during the final days of the Trump administration, which said that several researchers at the Wuhan lab, a center for the study of coronaviruses and other pathogens, became sick in autumn 2019 'with symptoms consistent with both COVID-19 and common seasonal illness', the Wall Street Journal reported.

The origins of the COVID-19 remain a widely debated topic, with some scientists and politicians maintaining that the possibility of a lab leak of the deadly virus exists.

The Wuhan Institute of Virology is near the outbreak's known epicentre of Huanan Seafood Market in central China's Wuhan city, where the virus first emerged in late 2019 and became a pandemic.

Former US president Donald Trump was among those who supported the theory that the virus might have escaped from a bio lab in China.

The disclosure of the number of Chinese researchers, the timing of their illnesses and their hospital visits come on the eve of a meeting of the World Health Organisation's decision-making body, which is expected to discuss the next phase of an investigation into COVID-19's origins.

The paper said that current and former officials familiar with the intelligence about the lab researchers expressed differing views about the strength of the supporting evidence, with one person saying it was provided by an international partner and was potentially significant but still in need of further investigation and additional corroboration.

Another person described intelligence as stronger.

'The information that we had coming from the various sources was of exquisite quality. It was very precise. What it didn't tell you was exactly why they got sick,' he said, referring to the researchers.

China, however, denied the WSJ report on Monday, with Foreign Ministry spokesman Zhao Lijian saying the WIV released a statement on March 23 that made it clear that there were zero COVID-19 infections at the institute.

"The report that you mentioned about three people getting sick, that is not true," Zhao said.

To this date none of the WIV's staff and graduate students have been affected with the virus, he said.

Zhao sought to refute the WSJ report citing the observations of the joint expert group of China and the WHO, who visited Wuhan, that it is extremely unlikely coronavirus has escaped from the bio lab.

Beijing has also been vehemently denying that the coronavirus broke out in Wuhan and took exception to Trump's reference to it as 'China virus' or 'Wuhan virus'.

China asserts that the COVID-19 broke out in different places in the world and China only reported it first.

Zhao reiterated China's assertions that the US should open up its bio-lab at Fort Detrick in Maryland and 200 other such labs for WHO experts visits as China did.

Also Yuan Zhiming, director of the WIF, told the state-run Global Times that the WSJ report is an 'outright lie that came from nowhere'.

"Those claims are groundless. The lab has not been aware of this situation [sick researchers in autumn 2019], and I don't even know where such information came from."

In a detailed article titled 'The origin of COVID: Did people or nature open Pandora's box at Wuhan' published in the prestigious Bulletin of the Atomic Scientists early this month, noted British science writer, editor and author Nicholas Wade raised several questions on the origin of the novel coronavirus that has disrupted lives the world over for more than a year and caused over three million deaths and wrecked global economies.

The evidence adds up to a serious case that the SARS2 virus could have been created in a lab, from which it then escaped, wrote Wade, who refers to SARS-CoV-2 virus as SARS2 in short.

Earlier this month, a group of leading British and American scientists called for more investigation to determine the origin of the COVID-19 pandemic, including the theory of an accidental release from a lab in the central Chinese city of Wuhan.

In a letter published in the journal Science, the experts from world leading universities such as Harvard, Stanford and Massachusetts Institute of Technology (MIT) said knowing how COVID-19 emerged is critical for informing global strategies to mitigate the risk of future outbreaks.

They caution that hypotheses about both natural and laboratory spillovers must be taken seriously until there is sufficient data.

A team of WHO experts, which probed the origin of the coronavirus, concluded in March that 'all hypotheses' included the allegation that COVID-19 could have emanated from a bio lab 'remained open'.

World Health Organisation (WHO) Director-General Dr Tedros Adhanom Ghebreyesus, while receiving the report of the international experts' team which visited Wuhan, said on March 30 that 'as far as the WHO is concerned, all hypotheses remain on the table'.

"This report is a very important beginning, but it is not the end. We have not yet found the source of the virus, and we must continue to follow the science and leave no stone unturned as we do,' he said.

Significantly, Tedros said the team has concluded that leak from the WIV as alleged by former US president Donald Trump is the 'least likely hypothesis' but it requires further probe.

China has called for expanding the search for the origins of the coronavirus in other countries, mainly America, sidestepping the WHO chief's assertion that further probe is required on allegations that the deadly virus may have leaked from the bio-lab in Wuhan.

China has emphasised that the study of origins is a matter of science, which should be jointly conducted by scientists all over the world.

"To politicise this issue will only severely hinder global cooperation in study of origins, jeopardise anti-pandemic cooperation, and cost more lives. It would run counter to the international community's aspiration for solidarity against the virus," a Chinese foreign ministry spokesperson said in March. 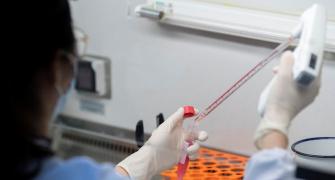 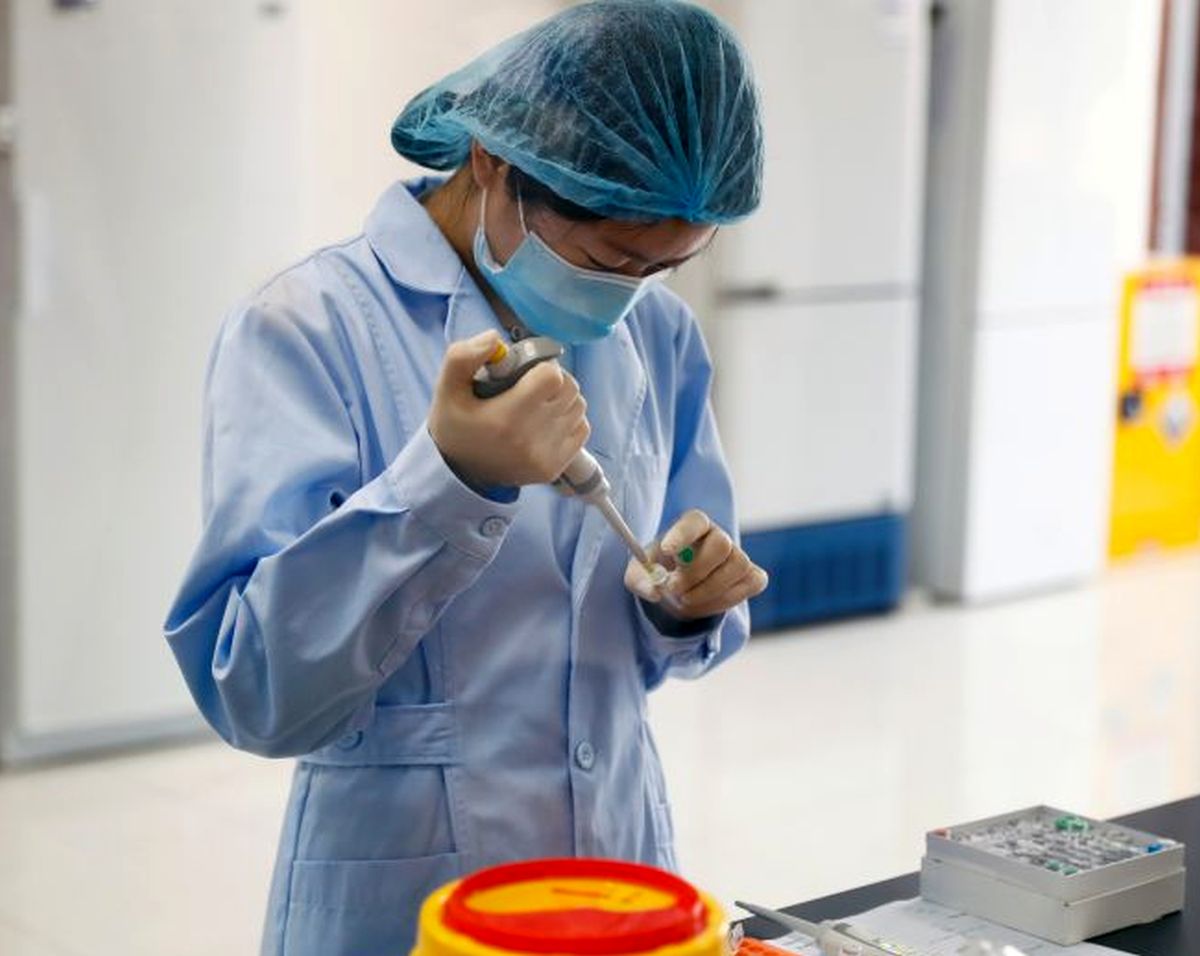 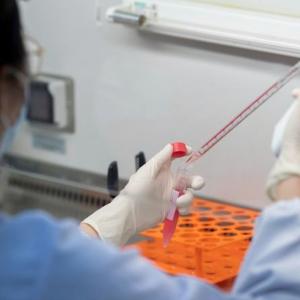