Chinese military scientists allegedly investigated weaponising coronaviruses five years before the COVID-19 pandemic and may have predicted a World War III fought with biological weapons, according to media reports referring to documents obtained by the United States State Department. 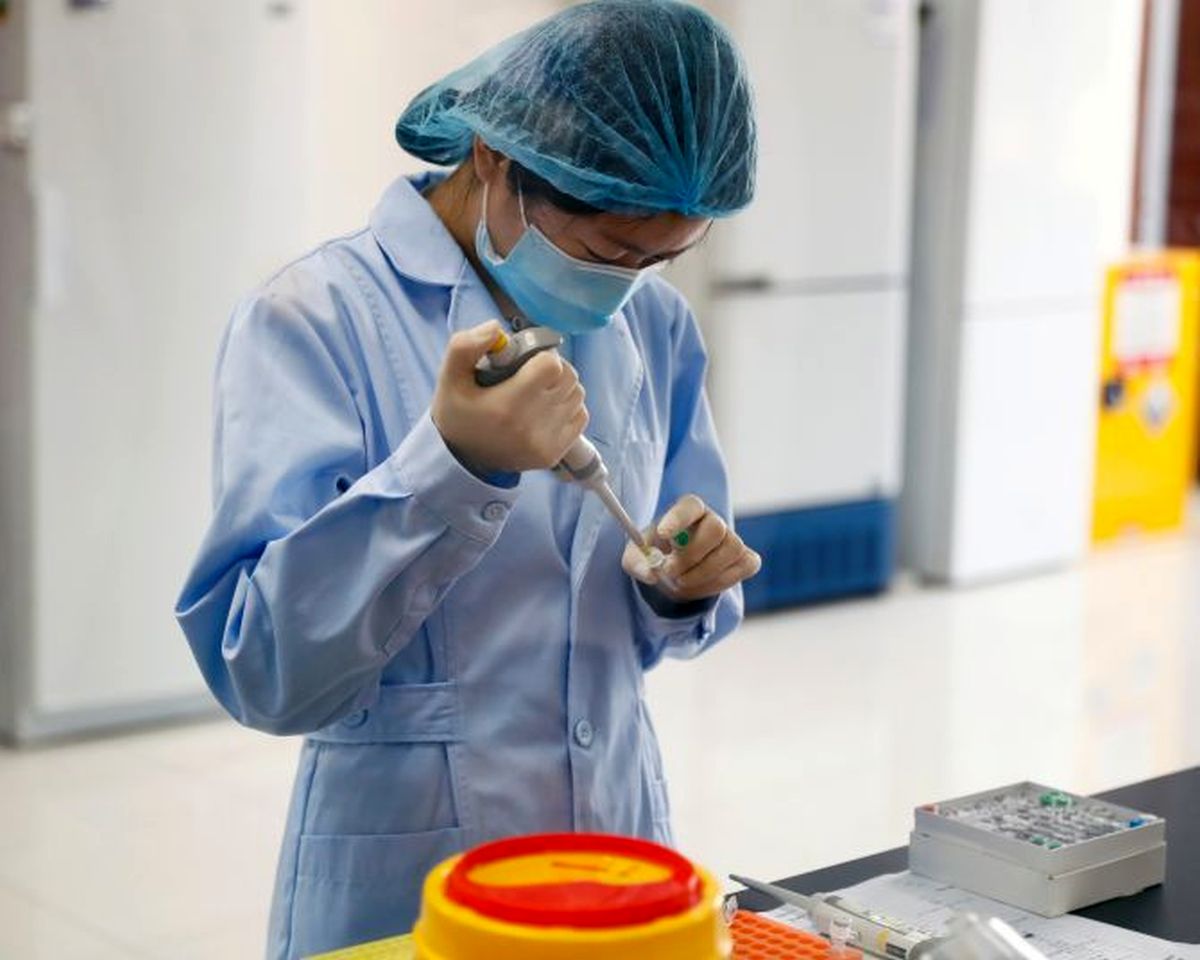 According to The Sun newspaper in the United Kingdom, quoting reports first released by The Australian, the 'bombshell' documents obtained by the US State Department reportedly show the Chinese People's Liberation Army commanders making the sinister prediction.

US officials allegedly obtained the papers which were written by military scientists and senior Chinese public health officials in 2015 as part of their own investigation into the origins of COVID-19.

Coronaviruses are a large family of viruses, several of which cause respiratory diseases in humans -- ranging from a common cold to Severe Acute Respiratory Syndrome (SARS).

The PLA papers referenced seem to fantasise that a bioweapon attack could cause the 'enemy's medical system to collapse'.

It references work by US Air Force colonel Michael J Ainscough, who predicted World War III may be fought with bioweapons.

The paper also includes musing that SARS -- which hit China in 2003 -- could have been a man-made bioweapon deliberately unleashed by 'terrorists'.

They reportedly boasted the viruses could be 'artificially manipulated into an emerging human disease virus, then weaponised and unleashed in a way never seen before'.

The document lists some of China’s top public health figures among the authors and has been revealed in an upcoming book on the origins of COVID, titled What Really Happened In Wuhan.

China reported the first COVID-19 case in the central Chinese city of Wuhan in late 2019 and since then the deadly disease has become a pandemic, affecting more than 157,789,300 people and causing over 3,285,200 deaths worldwide.

Tugendhat, chairman of the House of Commons Foreign Affairs Select Committee, was quoted in The Sun as saying: “China’s evident interest in bioweapons is extremely concerning. Even under the tightest controls these weapons are dangerous.

'This document raises major concerns about the ambitions of some of those who advise the top party leadership.'

Peter Jennings, the executive director of the Australian Strategic Policy Institute (ASPI), told news.com.au that the document is as close to a 'smoking gun' as we’ve got.

"I think this is significant because it clearly shows that Chinese scientists were thinking about military application for different strains of the coronavirus and thinking about how it could be deployed," said Jennings.

"It begins to firm up the possibility that what we have here is the accidental release of a pathogen for military use," added Jennings.

He also said that the document may explain why China has been so reluctant for outside investigations into the origins of COVID-19.

"If this was a case of transmission from a wet market it would be in China’s interest to co-operate … we've had the opposite of that."

Among the 18 listed authors of the document are People’s Liberation Army scientists and weapons experts.

Robert Potter, a cyber security specialist who analyses leaked Chinese government documents was asked by The Australian to verify the paper. He says the document definitely is not fake.

"We reached a high confidence conclusion that it was genuine … It's not fake but it’s up to someone else to interpret how serious it is," Potter told news.com.au.

"It emerged in the last few years … they (China) will almost certainly try to remove it now it’s been covered."

Questions remain over the origins of the deadly virus after a much derided World Health Organisation probe earlier this year, with the organisation ordering a further investigation which factors in the possibly of a lab leak.

Most scientists have said there is no evidence that COVID-19 is manmade -- but questions remain whether it may have escaped from a secretive biolab in Wuhan -- from where the pandemic originated.

China is known to have been carrying out high risk 'gain of function' research at the Wuhan Institute of Virology (WIV) -- which is near the outbreak’s ground zero at the Huanan Seafood Market.

There is no evidence so far to suggest it was intentionally released by China.

Meanwhile, in Beijing, the state-run Global Times newspaper slammed The Australian for publishing the article to smear China.

An academic book that explores bioterrorism and possibilities of viruses being used in warfare was interpreted as a conspiracy theory by The Australian, which deliberately and malignantly intends to invent pretexts to smear China, Chen Hong, a professor and director of the Australian Studies Center at East China Normal University, told the newspaper.

"It is a shame for anti-China forces in Australia to back their own ideology against China at the expense of basic professional journalistic ethics, conspiring to twist the real meaning of the book," Chen said.

China on Monday termed as 'outright lies' the media reports that its military scientists investigated weaponising coronaviruses five years before the COVID-19 pandemic outbreak and said it is an attempt by the United States to smear the country.

"I have seen the relevant report...Some in the US have been playing up so-called internal documents to smear China. But eventually, facts proved that they are either making malicious interpretations out of context or spreading outright lies," Chinese Foreign Ministry spokesperson Hua Chunying told a media briefing in Beijing.

Hua referred to a report published by state-run Global Times, which stated that what the US State Department referred to is not an internal document of the PLA but a publicly issued academic book.

The book cited former US Air Force colonel Michael J Ainscough stating that the next generation biological weapons are part of the US programme to deal with weapons of mass destruction, she said.

"So this is the US who is undertaking the research in biological war," she said and accused Washington of maintaining hundreds of bio labs abroad to conduct research.

"China always fulfils its obligations under the Biological Weapons Convention (BWC). We do not develop biological weapons. We have established a sound legal framework with a whole set of measures to ensure safety of bio labs," Hua said.