By Priyanka
October 22, 2012 14:04 IST
New Delhi's Vardhaman Mahavir Medical College deliberately mistreated its SC/ST students, and has been asked to pay the students Rs 10 lakh each as compensation. Priyanka reports on the sordid affair

The easiest way to find out how a college treats its SC/ST category students is to check the list of repeaters and see how many of these students belong to the exclusive category," argues Dr Ajay Kumar Singh, president of Progressive Medicos Forum, a help group for SC/ST students.

And he does have a point. The results for the past few years at Vardhaman Mahavir Medical College, a premier medical college in New Delhi, reads like this: 35 SC/ST students admitted to different batches from 2004-2009 failed in a particular exam held in the first year, namely, Physiology. Of these, 25 students failed in the same subject again in October 2010 in a supplementary examination.

Some of the SC/ST students took four to 14 attempts to clear the paper.

The 35 SC/ST students from the college finally complained before the National Commission for Schedule Castes that they were being failed deliberately in a particular subject in the first year examinations.

They approached the commission on November 30, 2010, and said they were being singled out and were being failed in Physiology.

The commission met college authorities and set up an enquiry commission on July 11, 2011. Bhalchandra Mungekar, former MP and an ex-member of the Planning Commission, submitted his report on September 6, 2012.

Mungekar organised four meetings in February, March and June last year where he met the college authorities and the students.

It is alarming when the report states, 'The hostility of the College authorities towards the SC/ST students is found to be so strong that the students had to approach the Information Commission and file applications under the RTI to obtain any information pertaining to their queries.'

The report further states that the students sought help from the college authorities, but, 'they were never entertained.'

Physiology is one of the three subjects in the first year. Students who failed in this paper requested the then principal's permission to attend the second year for the supplementary batch. But Dr VK Sharma did not let them.

"They just would not listen to us," protests Manish, "They would not even receive our applications."

"They tell us we don't come to class, but our attendance is more than that of the general category students," Manish says.

The group of students who filed the case are now infamously called the 'court batch' in college. A number of student help groups like the Progressive Medicos Forum, Insight Foundation have come forward to support them.

"It is very traumatizing. Students are failed by 1-2 marks. Almost 80 to 85 percent of the SC/ST students in the college are not studying with the regular batch," Manish points out.

For instance, Rajeev Kumar Meena, a student of the 2007 batch, obtained 7 marks in theory and 11 in practical in Physiology in an internal assessment in July 2010. However, when the results were put out on notice, Meena was shown to have obtained 6 marks in theory and 8 marks in practical, and the same was sent to the university's controller of examinations.

Meena failed in the examination.

Dr Shobha Das, head of department of Physiology, explained that the discrepancy had occurred due to 'typographical error'. The results were never rectified; the college authorities said that they had already been declared. The college took no action against Dr Shobha Das.

The students claim that college authorities allot roll numbers to students in a way so that they know who belongs to the SC/ST category. There are many students of the general category who are supporting their friends. They refuse to give out their names, but one student said, "The authorities allot roll numbers to students according to the 'category' they belong to."

The students also claimed that many SC/ST students were failed by 1 or 2 marks, and consequently they lost an entire academic year. Ajeet Kumar, a student of the 2006 batch, failed because he was short of two marks in the practical examinations. He had cleared the theory paper.

After moving the Delhi high court in December 2010, a court order allowed them to sit for the supplementary batch. However, the college did not take prompt action on this and the students were not allowed till late in the academic year.

By now, the students had approached the high court again to intervene. A supplementary examination in Physiology was conducted under the watch of the Delhi HC in July 2011, and this time around 24 of 25 failing students passed.

After clearing the first year paper, many students assumed that they would be able to get on with the regular batch, but this wasn't the case.

Dr Sharma did not allow these students to sit for the second year examinations in November 2011, citing a Medical Council of India guideline, which states the minimum time gap between the first and second professionals ought to be 18 months.

However, in reply to an application by Ajay Kumar Singh, assistant professor and academic-in-charge Dr Amit Kumar Yadav stated on July 13, 2012, that the gap between the end of lectures in a year and start of fresh batch was 10-14 months in 2007, 2008 and 2009. It was never 18 months.

The Mungekar report thus says that 'complaints of the SC/ST students against college authorities alleging caste-based discrimination are genuine and well founded.'

In the end, the Mungekar report has recommended that Rs 10 lakh should be paid to Manish and other aggrieved SC/ST students for the trauma caused to them.

He also recommended that legal action under the Prevention of Atrocities Against the Scheduled Castes and Scheduled Tribes should be taken against the former principal, Dr Sharma, the head of department of Physiology Dr Shobha Das, the present principal Dr Jayashree Bhattachrjee and the liaison officer Dr Raj Kapoor.

Also, the college should arrange for remedial classes or special lectures in English language, the report said.

Ajay Kumar Singh of the Progressive Medicos Forum debunks the idea that students who are better in English have an edge in medical studies. "If the college gives proper training, the student will learn," he says.

The students, however, have had enough. Their years and professional career are at stake.

"We just want the recommendations of the report to be implemented," says Manish. 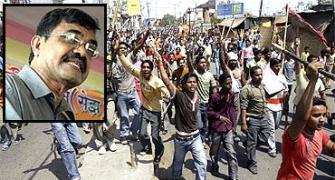 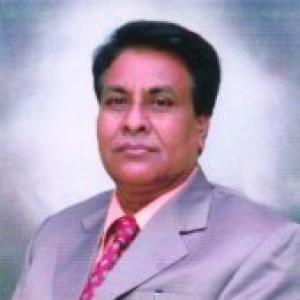 Quota row: 'If higher castes are meritorious, why is the country in a mess?'