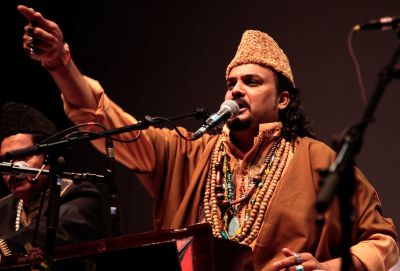 Amjad Sabri, one of Pakistan’s finest qawwals and known for his soul-stirring renditions of mystic poetry, was on Wednesday killed by unidentified gunmen who shot him in the head in a targeted attack.

Sabri, 45, and an associate were travelling in a car in Karachi’s Liquatabad 10 area when unidentified motorcycle-borne gunmen fired at their vehicle, critically injuring them.

The two were rushed to Abbasi Shaheed hospital, where Sabri succumbed to his injuries. His associate also died.

“Sabri was shot in the chest and head and he was shifted to Abbasi Shaheed hospital immediately, where he succumbed to his injuries. His associate was also killed in the targeted attack,” a police official said.

Additional police surgeon Dr Rohina Hasan confirmed Sabri’s death. He was shot thrice -- twice in the head and once on the ear.

Amjad Sabri was the son of renowned Qawwal Ghulam Farid Sabri whose family is famous in the subcontinent for their contribution to this sufi art and mystic poetry.

Sabri was one of Pakistan’s finest qawwals, known for his soul-stirring renditions of mystic poetry.

Some of the most memorable and famous qawwalis of the Sabris were ‘Bhar Do Jholi Meri’, ‘Tajdar-i-Haram’ and ‘Mera Koi Nahin Hai Teray Siwa’.

Sabri, who travelled widely to Europe and United States of America for his concerts, was known as the “rockstar” of qawwali due to his modern style of rendition.

His killing comes just two days after the son of the Sindh high court chief justice was kidnapped and it raises serious concern about the security situation in Pakistan’s biggest city. This week a doctor belonging to the minority Ahmadi community was also shot dead in his clinic by gunmen.

Opposition politicians have described Sabri’s killing as a total failure of the provincial government to ensure proper law and order situation in Karachi which is the economic hub of the country.

The spokesman for the Pakistan Tehreek-e-Insaaf party, Naeem ul Haq, called for those involved in heinous crimes to be given exemplary capital punishment.

“No one is safe in Karachi. The so-called clean up operation since the last two years is a total failure.”

A senior member of the Mutthaida Qaumi Movement, Waseem Akhtar, who is the nominee for the mayor’s post also condemned Sabri’s killing and said the government should resign.

“Militants belonging to different banned outfits are openly roaming in parts of Karachi and there is no one to stop them,” he said.

In 2014, the Islamabad high court had issued a notice in a blasphemy case to two private TV channels for playing of a qawwali during a morning show. The show had mixed a mock wedding with a qawwali sung by Sabri related to religious figures, and was considered offensive.

An advocate had put the onus on Sabri and poet Aqeel Mohsin Naqvi for the blasphemy row while seeking to ban the qawwali that caused the issue. 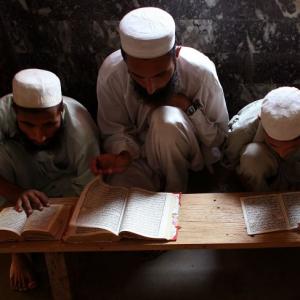