In a reversal from their earlier stand, lawyers defending the seven Pakistani suspects charged in the Mumbai attacks case told an anti-terrorism court on Saturday that they were willing to travel to India as part of a judicial commission that will quiz witnesses and officials.

"My junior Riaz Cheema and I are willing to be part of the commission," Sultan told the judge during proceedings held in Adiala Jail of Rawalpindi for security reasons.

Sultan had told PTI on Friday that none of the defence lawyers would go to India with the commission due to security concerns.

He had then contended that the lawyers feared for their safety in India and that the accused would be unable to afford the expenses for the visit.

During Saturday's proceedings, prosecutors presented the government notification regarding the constitution of the judicial commission to the court.

Judge Rafique asked the prosecution and defence lawyers to submit their passports and other documents to the court by December 17, the date of the next hearing, so that arrangements could be made for their travel at the earliest.

Sultan told PTI that he agreed to join the commission as he was interested in questioning the Indian magistrate who had recorded the confessional statement of Ajmal Kasab, the lone surviving attacker who had already been sentenced to death by a court in Mumbai.

"Besides, the Pakistan government will make all arrangements for the visit by the defence lawyers," Sultan said.

In a separate development, prosecutors filed another application in the court that reiterated their request for collecting voice samples of the seven accused.

The judge deferred arguments on the application till the next hearing.

Defence lawyers had opposed earlier efforts by the prosecution to collect voice samples, saying this is not permitted under Pakistani laws.

According to a gazette notification issued earlier this week by the Interior Ministry, the prosecution will be represented in the judicial commission by Khalid Qureshi, the head of the Federal Investigation Agency's Special Investigation Group, and Muhammad Azhar Chaudhry and Chaudhry Zulifqar, the two main prosecutors.

The Pakistani commission will work with Indian law officers to question and record the statements of witnesses and key officials, including the magistrate who recorded Kasab's confession, the police officer who led the investigation in Mumbai and doctors who conducted the autopsies of the victims and attackers.

The prosecution has said it is important for the commission to visit India so that the trial in Pakistan can be taken forward. 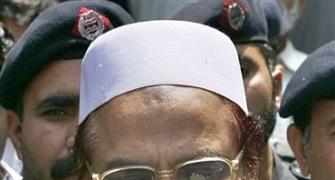 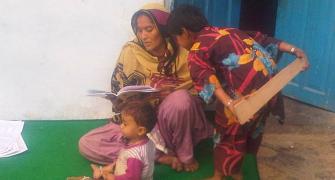