Religion vs ideology debate sparks off in China

Two senior leaders of China's ruling Communist Party of China visited a renovated ancient temple in Guangzhou province and offered prayers, sparking off a "heated debate" in the country's official media on whether the Communists, "who are supposed to be atheists", can engage in idol worship.

Guangzhou Mayor Wan Qingliang and Vice Mayor Su Zequn attended the opening ceremony of the ancient Chenghuang Temple, or Town's God Temple, which was reopened recently after the renovation that cost $3 million.

The two officials, while touring the renovated temple, prayed before the statue of Hai Rui (1514 -1587), a famous Chinese official of the Ming Dynasty whose name has become synonymous with honesty and integrity in office.

"The news that Guangzhou Mayor and Vice Mayor visited the reopened Taoist temple and worshiped the Idol has been widely circulated online and stirred a heated debate over whether the Communist leaders, who are supposed to be atheists, can worship the Idol," said a write-up in the ruling communist party's mouthpiece People's Daily's discussion forum.

Mayor Wan, during his temple visit, said officials are supposed to worship the figure, begging him for the blessing of a clean government. Vice Mayor Su, walking close to him, immediately bowed before the statue and murmured, "please help the city's construction sector to stay far away from corruption."

"Mayors' worship of the clean official in history is a media hype. But some also argue that the Guangzhou mayors at least have the conscience of being clean and what they have said and done just reflect their weakness in face of the harsh reality in which corruption and graft in officialdom is almost an epidemic eroding the governments at varying levels and poisoning the social mood as a whole," the write-up said.

"Thereby, what they worshiped is not an idol, but the spirit the idol represents," it said, but asked "Do the officials have to pray for clean government?"

The Daily regularly posts write-ups in its forum asking people to vote for or against the topic to express their opinion.

This particular report has not received any votes so far.

The Chinese Communist Party, which is rapidly undergoing changes after it came out of the radical ideology since 1980s' economic reforms, insists that it still adheres to core values of the Communist ideology. 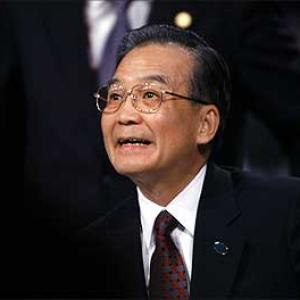 How China plans to sustain its economic triumph