Asserting that his government still enjoyed a majority even after 13 Bharatiya Janata Party Members of Legislative Assembly announced their resignations, Karnataka Chief Minister Jagadish Shettar on Sunday said he was ready to face a No-Confidence Motion moved by the opposition.

"I have majority. There is no threat to the government. I am ready to face a No-Confidence Motion if the opposition moves it," he told reporters at Honnali, 60 km away from Davanagere, in the presence of Excise Mnister M P Renukacharya, a staunch Yedyurappa loyalist.

Shettar said he would be leaving for Delhi on Sunday to meet newly-lected BJP president Rajnat Singh.

The Shettar government's very survival is at stake after 13 MLAs loyal to Karnataka Janata Party chief and former BJP strongman B S Yeddyurappa announced their decision to quit their assembly membership.

Their bid to submit their resignations to Speaker K G Bopaiah on January 23 went in vain as he was out of station.

The MLAs then submitted copies of their resignation letters to Governor H R Bhardwaj.

Bhardwaj had stated on Saturday that the Shettar government still enjoyed a majority and as leader of the BJP legislature party, it was up to him to take action on the issue of resignation by 13 MLAs.

Bopaiah, who is in Madikeri, will return to the city on Monday.

Sources in the KJP said that apart from the 13 MLAs who are ready to quit their assembly membership, eight more are likely to join them. But BJP leaders are engaged in hectic parleys to prevent them from resigning.

The BJP wants to ensure that the budget session -- which  will start from February 4 -- passes off without any trouble. 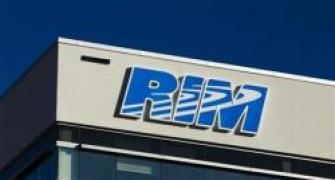