So how do you rate the Congress's jan awaaz released on Tuesday? 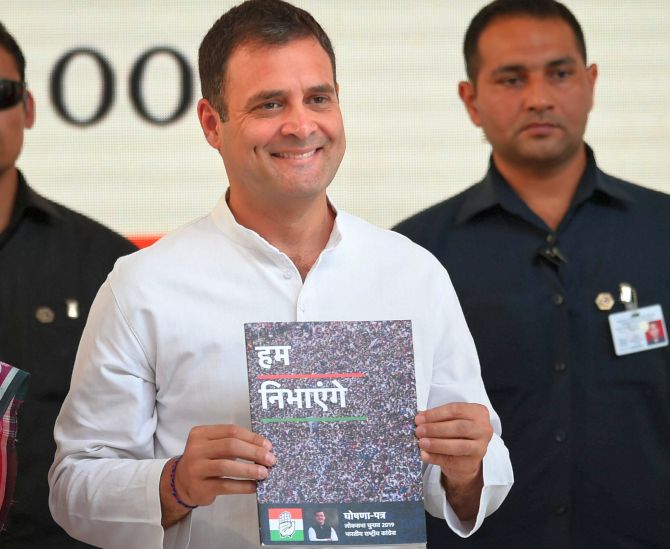 Setting the narrative for the upcoming Lok Sabha polls, the Congress party on Tuesday released its manifesto in which a special focus has been put on youth and farmers.

From filling vacancies in government jobs to providing a minimum support income of Rs 72,000 per year for poor families, the party went all out to woo the voters.

The Congress manifesto also pledged to investigate the Rafale fighter jet deal if it was voted to power.

The party has promised 22 lakh government jobs by next March and 100 more days of assured jobs under its flagship MNREGA.

It will also introduce a separate budget for farmers, on the lines of the railway budget.

Farmers who default on loans would not be sent to jail as it will not be a criminal but civil offence.

The Congress also promised in its manifesto to amend the Armed Forces (Special Powers) Act, or AFSPA, and scrap sedition law if voted to power.

So, dear readers, please go through the grand old party's 55-page document titled Hum Nibhayenge (We will deliver) and rate the same.