'Rambo' Modi's next mission: Save Indians from Saudi crisis 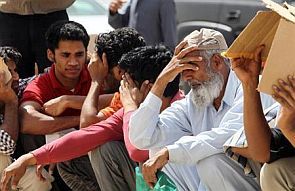 Gujarat Chief Minister Narendra Modi has started preparing the ground to rescue Indians who are expected to be deported from Saudi Arabia as it goes ahead with its new job law, Nitaqat. Sheela Bhatt reports

Gujarat Chief Minister Narendra Modi has activated his officers to meet the crisis that is expected to be created by the new Saudi Arabian labour law Nitaqat, which is expected to come into effect from July 3

Sources told rediff.com that the Gujarat government has contacted Rajiv Mehrishi, secretary in the Overseas Indian Affairs ministry, and preparation are in full swing to meet the emergency.

The Modi administration thinks that once the new law is implemented, the Saudi government may start deporting Indian labour not fitting into the new conditions of their law.

The Nitaqat law makes it mandatory for local companies to hire one Saudi national for every 10 migrant workers.

The Saudi government has repeatedly stated that only "illegal blue-collar Indian workers" would be affected by the Nitaqat law, but India is likely to face unprecedented crisis if the government there implements the new law firmly.

Last month, Foreign Minister Salman Khurshid had met his counterpart Prince Saud Al Faisal in Jeddah to put forward the case of the Indian workers, who have been feeling insecure and fearing a likely crackdown by the Saudi authorities.

However, local companies can hire Indian workers who are either not having enough legal papers (living illegally in Saudi Arabia) or need the legal support to remain in the country beyond the July 3 deadline.

Out of Saudi Arabia’s 70 million expatriate workforce, around 20 per cent are Indians. Few local companies have come forward with job offers, but the deadline is too close to solve the issues.

Modi’s team has activated its machinery to face the eventuality of the Saudi government “forcing” Indian workers to return home. 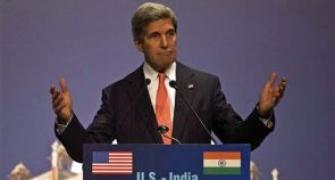 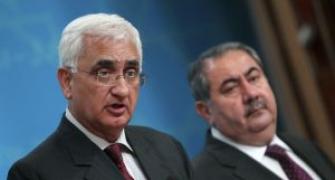 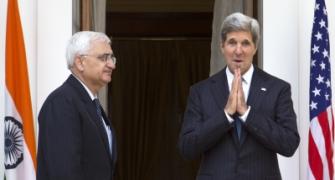 Won't overlook India's concern over talks with Taliban: US 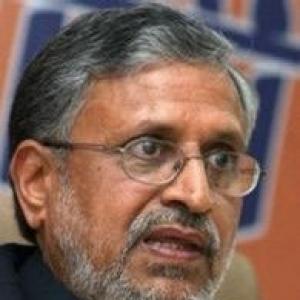 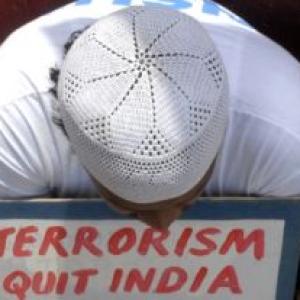