And his last wish, he said, was to live till the temple comes up. 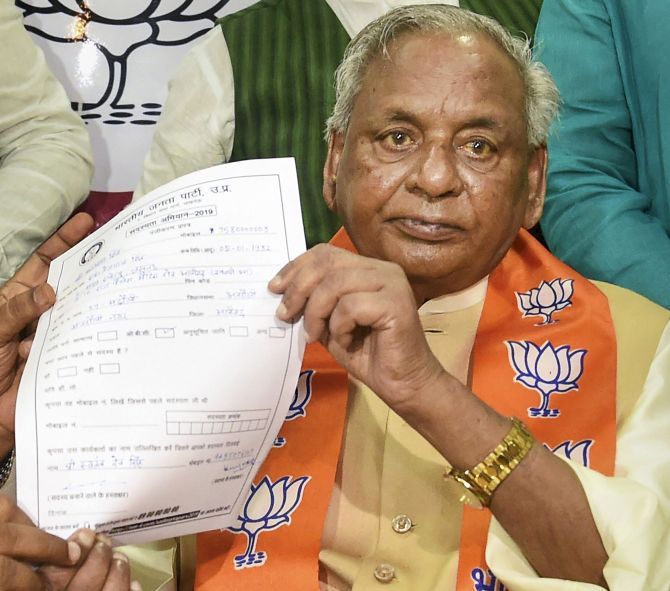 The defining moment in Kalyan Singh’s life was the fall of Babri Masjid on December 6, 1992. Just hours after mobs of kar sevaks demolished it, Singh quit as chief minister of Uttar Pradesh owning moral responsibility.

Not that he had any regrets over his "failure" to save the mosque which he had assured the Supreme Court would be protected.

"Maybe it was destined that the structure would be demolished with me as chief minister," he told a newspaper ahead of the 2020 "bhoomi pujan" for the Ram temple, now being built at the once disputed site in Ayodhya after a historic Supreme Court verdict.

"Had there been no demolition, probably the courts too would have ordered status quo," he said then. And his last wish, he said, was to live till the temple comes up.

Singh, a Hindutva icon and a Bharatiya Janata Party veteran, died at a Lucknow hospital on Saturday. He was 89.

Hailed by many for his administrative acumen during his two stints as Uttar Pradesh chief minister, the influential backward caste leader from western UP parted ways twice with the BJP and has briefly also floated his own outfits.

His second parting was in 2009, ahead of the Lok Sabha elections, when he said he felt "humiliated" by the party and complained that he had hardly any say in the selection of candidates in his state.

Singh said it was a "political blunder" to have rejoined the BJP, which he had left the first time in 1999, only to return in 2004 before the general election.

Born on January 5, 1932, Kalyan Singh first became an MLA in 1967. Since then, he won the assembly polls several times, held important posts in the BJP and was appointed Rajasthan Governor in the last phase of his public life.

Soon after his Raj Bhavan term ended in 2019, Singh formally rejoined the BJP as a primary member, signalling that he was not keen on retiring from political life just yet.

Back in 1991, he became the first BJP chief minister of the country’s most populous state. A little over a year later, the Babri Masjid was demolished as the Sangh Parivar campaign to build the temple at the same spot picked momentum.

As UP’s chief minister, Singh had filed an affidavit in the Supreme Court, assuring that the 16th century mosque will be protected. But he had also ordered police not to open fire at protesters, arguing later that any such action would have led to much bloodshed.

Admitting failure to protect the mosque, he resigned the same evening. The state assembly was dissolved as riots erupted at several places in the country.

In the next assembly elections in November 1993, he contested from two seats -- Atrauli and Kasganj -- and won both.

A Samajwadi Party-Bahujan Samaj Party combine formed the government in the state under Mulayam Singh Yadav, even though the BJP won the largest number of seats. Singh was Leader of the Opposition in the UP Assembly.

He got his second shot at the top post in September 1997, becoming CM again under a six-month rotation formula with the Bahujan Samaj Party. The arrangement collapsed soon with the BSP withdrawing support.

But, backed by a group of disgruntled opposition members, his government survived. A controversial order by Governor Romesh Bhandari dismissing his government was also stayed by the high court.

But a section of BJP MLAs was gunning for him. One reason for the dissent was the alleged interference in the state government by Lucknow corporator Kusum Rai, who was also said to control access to the chief minister.

As opposition within the BJP mounted, Kalyan Singh was removed from the CM’s post by the party high command in November 1999.

Later, he was also formally expelled from the party over remarks targeting the party’s top leadership. Singh appeared to cosy up with Samajwadi Party leader Mulayam Singh Yadav, who offered a ticket to his son Rajvir Singh.

All these years, the Babri Masjid demolition case trial dragged on. Singh enjoyed immunity from trial as he held a gubernatorial post.

After demitting office as Rajasthan Governor, he appeared before the CBI court which pronounced its order in September 2020, acquitting him and 31 others accused of conspiracy to demolish the mosque.

The judge concluded that there was no evidence to show that the demolition was pre-planned.

He was admitted to the intensive care unit (ICU) of Sanjay Gandhi Post-Graduate Institute of Medical Sciences here on the evening of July 4 due to an infection and reduced consciousness levels.

Before being shifted to the PGI, the former chief minister was undergoing treatment at Dr Ram Manohar Lohia Institute of Medical Sciences here.

I apologised for Babri demolition in 1992: Kalyan 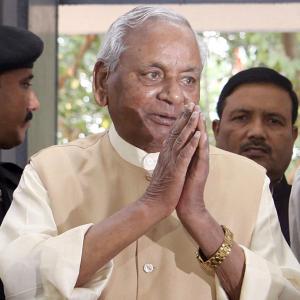