In one of the most productive days in its history, Rajya Sabha on Tuesday in a matter of three-and-a-half hours passed seven key bills including one that removes cereals, pulses and onion from the essential commodities list and another that abolishes penalty for certain offences by companies. 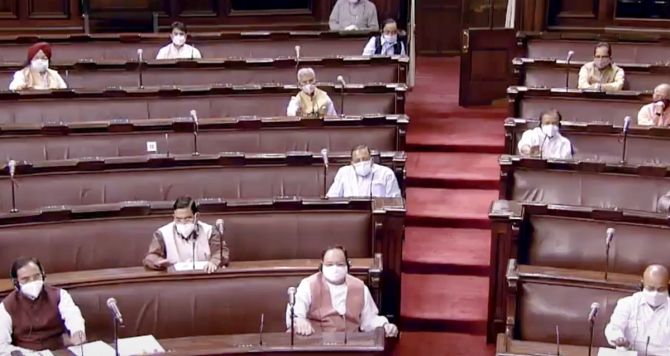 This after most of the Opposition including the Congress, Left parties, the Trinamool Congress, the Samajwadi Party and the Nationalist Congress Party decided to boycott House proceedings in protest against the suspension of eight MPs for the remainder of the session for unruly behaviour.

Only members from the ruling Bharatiya Janata Party and its ally Janata Dal-United and those of parties such as the All India Anna Dravida Munnetra Kazhagam, the Biju Janata Dal, the Yuvajana Shramika Rythu Congress and the Telugu Desam Party, which have been extending support to the Modi government on various issues, participated in the debates on the bills.

In most bills, the members participation was sparse and the minister's reply brief.

The Upper House took up government legislative business after nearly an hour of discussion over the conduct of opposition MPs during the passage of two agriculture reform bills on Sunday, with Chairman M Venkaiah Naidu saying the suspension could be revoked if the members expressed regret over their action.

First, it passed a bill to declare five newly-established Indian Institutes of Information Technology (IIITs) as institutions of national importance.

The crucial Essential Commodities (Amendment) Bill, which removes cereals, pulses, oilseeds, edible oils, onion and potatoes from the list of essential commodities and removes stockholding limits on them, was passed next.

This bill is part of the agriculture reforms bills that the government is pushing to raise farm incomes.

The bills passed on Sunday gave farmers the freedom to sell produce anywhere in the country and enter into forward contracts with companies.

Rajya Sabha also passed amendments to the Bank Regulation Act to bring cooperative banks under the supervision of the Reserve Bank of India in a bid to protect the interest of depositors.

Thereafter the Companies (Amendment) Bill, 2020, which removes the penalty for certain offences, was passed.

Thereafter the Taxation and Other Laws (Relaxation and Amendment of Certain Provisions) Bill, 2020 to relax time limit on compliance with tax laws, GST payment and filing in view of the coronavirus pandemic.

The Essential Commodities (Amendment) Bill, 2020 as well as the Taxation and Other Laws (Relaxation and Amendment of Certain Provisions) Bill, 2020 replace emergency ordinances.

The sitting of the Rajya Sabha was extended by just over an hour beyond the scheduled time to allow the passage of the bills.

All the seven bills have already been passed by Lok Sabha and will now be sent to the President for assent.

Once he gives his assent, they will become the law. 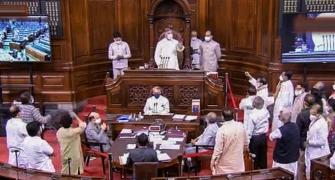 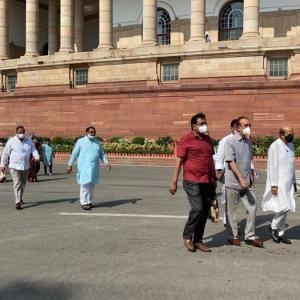 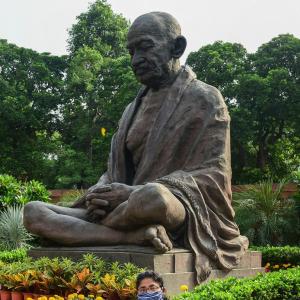