How Khem Singh starved to death

A few years ago, a young Indian man named Navroze Mody was beaten to death by eleven white racists shouting 'Dot-head!' as he was walking to catch a train in Hoboken, New Jersey. His crime? He was Indian.

A couple of years back, an Indian father of three, Charanjit Singh Aujla, was shot to death by plainclothes sheriff's deputies in Jackson, Mississippi. They claimed that he, a person with no prior criminal record, had pulled a gun on them as he thought they were trying to rob the liquor store that he managed. His crime? He was Indian.

None of the people in the civil rights cottage industry in India, such as the ever vigilant Human Rights Watch, or Amnesty International, or Teesta Setalvad, or Shabana Azmi, or SAHMAT or Communalism Combat raised a little finger in the defense of Navroze Mody or Charanjit Singh Aujla.

Nor did the great protectors of minority rights such as FOIL (Forum for Indian Leftists) mavens Vijay Prashad and Biju Mathew. I suppose you can't blame the US Indian Marxist cohort: they prefer more glamorous issues, like the Guinean Amadou Diallo being shot by New York City police. No time for Indians, plenty of time for African Muslims.

What was the original sin of Mody and Aujla? They did not follow Semitic faiths. If Aujla had been, say, Mohammed Akram Aujla, FOIL, ActionAid, Human Rights Watch, and other lords of poverty would have been all over his case, and would have gone to the US Supreme Court shouting from the rooftops about the human rights of minorities.

If he had been Christopher Ignacius Aujla, the US Council on International Religious Freedom and John Dayal and Jaichand somebody (that's his real name, I get mail from him) would have sued the US government for ill treatment of a minority. On second thoughts, scratch that. All these worthies, who are in cahoots, would have hushed up the incident, just as the church hid decades worth of pedophilia. In any case, the CIRF's purpose is not to worry about religious freedom, it is to make money for clever religious entrepreneurs.

An even more appalling incident took place in February. A crippled, elderly, Sikh priest was brutally and deliberately murdered by agents of the US government. Yes, I say this, because at the very least, it is criminal negligence, and more likely culpable homicide on the part of prison authorities.

This man, who did not speak English well, was brutalized in a jail in Fresno, California, and the jailers watched him starve to death, with no compunctions. They gave him no medical attention or even food for two months while he starved.

So 72-year-old Khem Singh died in prison of slow starvation partly because his religious beliefs were violated: a strict vegetarian, he was given meat to eat. Which meant he ate nothing at all.

It was an egregious violation of his human rights as well as his religious rights, in the land that prides itself on the rights of its residents.

I am reminded of Kala Pani, about the brutal prison camp in the Andamans, where the British imperialists broke brave men: a gulag, a Devil's Island.

Remember this was a frail old man, a man of God, who was only 110 pounds to begin with, and not quite able to deal with the culture of this land, thrown in jail on what were probably trumped up charges, which shocked and deeply depressed him. Perhaps he just wanted to die, because of all this. And he was terrorised and injured by a prison guard who slammed a cell door on his hand, so he never even left his cell to eat. Casual racism, bigotry and brutality. This is the America of chain gangs, Jim Crow, Bull Connor, and Mississippi Burning.

The details are absolutely shocking; the LA Times has reported this in full, but Indian newsmen are busy with more important news, such as cricket in Pakistan.

The Singh case reminds me of two incidents. One, the Achille Lauro hijacking, where Palestinian terrorists shot a wheelchair-bound Jewish man, Larry Klinghoffer, and threw him overboard. The second, when a missionary, Graham Staines, was killed in India.

In the Klinghoffer case, there was universal condemnation of the fact that a terrorist had murdered a defenseless old man. In the Staines case, much was made of the fact that he was a preacher.

Khem Singh was both a defenseless old man and a preacher. The case is also far more egregious, because it was not random individuals who were responsible. It was duly appointed law enforcement officers of the California correctional system who were the violators of human and religious rights. This is a serious blot on the American legal system and its moral standing, and I wish the Indian government would take up the legal issue.

However, we know full well that the Indian government will not do this, and so it is up to individual Indians, especially NRIs, to take it up. I hope the Indian Diaspora will pursue the legal issues, for this is a test case for the rights of non white, non Christians in the US in the post 9/11 scenario, and the limits to government-sanctioned cruelty. It might get to the US Supreme Court eventually. Alternatively, Bush II or Kerry I may build concentration camps for some US residents, like they did for Japanese Americans during World War II.

A few friends of mine have been galvanised by the Singh case, and are in the process of collecting data about similar cases of human and religious rights violations in a few countries such as the US, EU nations, China, Australia, and so forth. If you have specific and verifiable details, including reliable media reports, about such cases, feel free to send them to my email id below.

As expected, FOIL and other Marxist Indians are quite blasé about this murder. All the 'secular progressives' afflicted by 'South Asianitis' have also been astonishingly quiet about it. These are the hypocrites who screamed loudly when the white missionary was killed. See my earlier column, Death of a Missionary. But since this priest was merely a Sikh, he doesn't count.

Because Hindus, Sikhs, Buddhists, Parsis and Jains are children of some lesser god. Only the Semitic types (in the Indian context, these are Christians, Muslims and Marxists) are human, only they have human rights, only they have the right to worship. Yes, it's true, it's written in their books, by God (and Marx). Personally. Didn't you know?

What Nehruvian Stalinists have institutionalised in India is nothing but apartheid. Just as in South Africa the numerically larger black population was brutalized and exploited by a small white population, the fascist Marxists of India, in cahoots with Christian and Muslim collaborators, engage in systematic and endemic discrimination and oppression of Indic religionists. And the latter are led to believe they deserve it, too.

This is one of the greatest perversions that has been visited upon India in the recent past. Subramanian Swamy, whom I am not a great admirer of, nevertheless wrote an intriguing piece in the Chennai newspaper called The Hindu of March 18th, explaining why the 'secularism' of Jawaharlal Nehru is a travesty because it is totally discriminatory against the native culture of the land. Just like apartheid.

Like the empty nihilism of the Dravida Kazhagam, this Nehruvian 'secularism' is a monstrosity, as it creates a spiritual vacuum which will be filled with something, perhaps a religious abomination: people are worshipping E V Ramaswamy Naicker, Jayalalithaa, C N Annadurai, M G Ramachandran, et al. 'Secularism' is creating a backlash where all Semitic types are now viewed with suspicion, deservedly or not.

The effects of this grand apartheid can be seen all over the place: the victims of Muslim aggression in Maraad, Kerala, are forgotten. Nobody publishes the stories of the widowed women or their fatherless children. The reports that I read suggest that the cover-up, led by a Muslim League minister in the Congress government, has been quite successful in thwarting an official CBI enquiry into the massacre. Everybody is losing interest, after all it is only inferior beings, Hindus, who were killed. Nameless, faceless creatures.

But Bilkis Bano from Gujarat, also a victim, now that's a different matter. She's a Muslim, so she has a name, she is interviewed in the media, she has batteries of lawyers, she gets many column inches in the papers. Or take the Best Bakery case. This will be tried over and over again.

This asymmetry is utterly shameful, and inappropriate in a society that aspires to be just. It is clear that some Indians are more equal than others.

Where are the court cases about Maraad? There are none.

What about the court cases about the Godhra massacre? Once again, everyone is losing interest. After all, the victims were just Hindus. The Muslims have their poster boy, the fellow whose image, allegedly begging for his life, was flashed around the world.

But there were no images of grieving relatives of the 59 Hindus burned alive, nor of their charred bodies: ah, we mustn't show Hindu victims, because Hindus by definition can only be victimizers. Soon there will be a film that 'proves' that Hindu pilgrim women and children set fire to the train from inside and committed suicide to make the Muslims of Godhra look bad just because they had gathered in a two thousand strong mob at 7 am, armed with Molotov cocktails.

The USCIRF and their JNU friend, Kamal Mitra Chenoy, have a stick to beat India with for, oh, the next fifty years. Everyone is happy, all's well with the world. Business as usual, apartheid rules.

But I beg you, gentle reader, to shed a tear for a little Sikh man named Khem Singh, 72 years old, crippled, starving to death in a strange and brutal place. Imagine now, God forbid, something like this happening to a loved one of yours.

I cannot help thinking of my father first coming to America, smaller than I remembered him, unsure of himself, clutching his briefcase when I met him at the airport in Boston, intimidated by the strange surroundings, even though he was a professor of English and American literature.

The marchers at Martin Luther King's last public meeting, in Memphis in 1968, bore signs that said, simply, "I am a man." Khem Singh was a man. He had rights too.

Khem Singh didn't deserve to die like this. No, not in the land of free and the home of the brave.

Thanks to reader Deb for bringing Khem Singh's case to my attention.

A reader wondered if I had joined the ranks of the Old Left, for I criticised America. No, I am thinking of India's interests, and these do diverge from America's quite a bit: witness the recent 'non NATO ally' designation of General Musharraf. Many of India's interests do converge with the US's, for instance regarding China. This is where the Old Left and I differ: they only think of China's interests, being Chinese patriots. 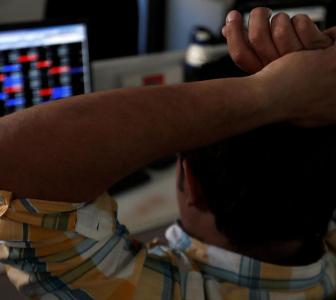