A major Gurjar organisation on Sunday started an agitation over reservation, a day after community leaders held talks with the Rajasthan government and reached a consensus on 14 points. 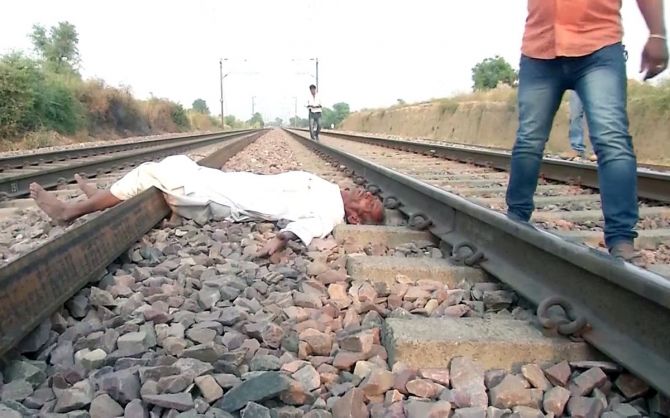 The call for the agitation was given by the Gurjar Aarakshan Sangharsh Samiti. According to police, youths in large numbers blocked a rail track in Bharatpur's Bayana.

Routes of seven passenger trains were changed in the wake of the Gurjar agitation, a North-Western Railways spokesman said.

Seven trains were diverted due to a blockade on the Hindaun City-Bayana railway line, the spokesperson said in a statement.

The convener of the organisation, Colonel Kirori Singh Bainsla, said he is waiting for State Sports and Youth Minister Ashok Chandna to come to Bayana from Jaipur.

When asked how long the agitation would stretch, he told reporters, "It depends on the government."

"The agitation will affect traffic on the Delhi-Mumbai rail route. The movement of traffic was disrupted on the Bayana-Hindaun road," police said. Earlier on Saturday, Gurjar leader Himmat Singh said the talks with the government were positive.

Mobile Internet services have been suspended in many districts. The home department had evoked the National Security Act in Bharatpur, Dholpur, Sawai Madhopur, Dausa, Tonk, Bundi, Jhalawar and
Karauli districts.

The organisation is demanding that the Rajasthan government should get the Gurjar reservation included in the Ninth Schedule of the Constitution, fill the backlog of vacancies and give the benefit of five per
cent reservation to the Most Backward Classes in the pending recruitment process.

The 14 points on which a consensus emerged during the talks on Saturday include providing regular pay scale to 1,252 MBC employees who have completed their probation period.

The state government will once again write to the Centre to include the provision related to reservation for the MBCs in the Ninth Schedule of the Constitution.

Meanwhile, families of the three people who died due to injuries received during a Gurjar agitation in the past will be given an assistance of Rs 5 lakh each. 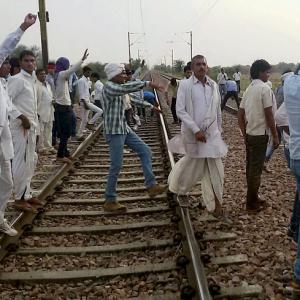