Maharashtra Navnirman Sena chief Raj Thackeray on Tuesday said migrant workers from other states were responsible for the rapid spread of coronavirus in Maharashtra, which has been reporting a large number of new infections since the last few weeks.

He said the states the migrant labourers hailed from lacked adequate facilities to test them for coronavirus.

"Maharashtra is the most industrialised state in India which attracts a large number of workers from other states. The places from where these workers come lacked enough testing facilities.

"During the lockdown last year, I had suggested that migrant workers who returned to their native places should be tested, but it was not done," Raj Thackeray told reporters after a virtual interaction with Maharashtra Chief Minister Uddhav Thackeray.

Raj Thackeray said he asked the CM to allow sportspersons to join the practice sessions and to permit gymnasiums to function with social distancing.

Talking about the new set of restrictions imposed in Maharashtra from Monday night, the MNS president said all shops should be kept open for at least two or three days during this period.

As per the curbs announced by the state government on Sunday, except for the essential services shops, medical shops and grocery shops, all other shops, markets and shopping malls will be closed in Maharashtra till April 30.

"The government says manufacturing will be allowed during the time of restrictions but not the shops. If shops are not allowed to remain open then what's the logic behind allowing manufacturing activity?" he asked.

He also demanded that the electricity bills of the people be waived during the lockdown period.

"....Industrial production is stopped, offices are being closed and many people are losing their jobs. In such a scenario why should people pay the power bills?" he questioned.

Raj Thackeray appealed to the state government to promote all the students of classes 10 and 12, who are supposed to appear for offline examinations.

The government should discuss with banks the issues like recovery of loans and arrears from the people, he added.

The MNS leader also said that full fees should not be charged from parents by schools because the education is shifted to online mode.

Replying to questions on the resignation of state Home Minister Anil Deshmukh, Raj Thackeray said the focus should not be diverted from the main issue of the conspiracy behind the planting of an explosives-laden vehicle outside the south Mumbai residence of industrialist Mukesh Ambani in February.

"Anil Deshmukh is not important. Why did (former Mumbai police commissioner) Param Bir Singh remember the Rs 100 crore target only after his transfer? The allegations that Deshmukh set the target to some police officers to collect Rs 100 crore from hotels, restaurants and bars per month are shameful," he said. 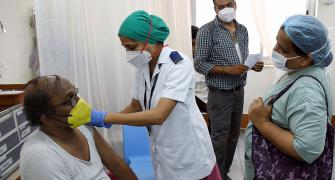 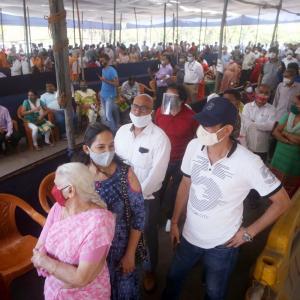 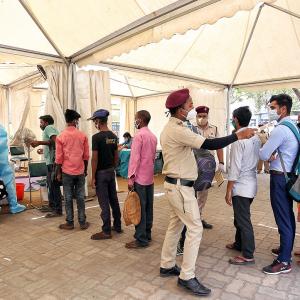 Delhi imposes night curfew, but no curbs on traffic