The Indian Railways has developed a low-cost ventilator, Jeevan at its Kapurthala Rail Coal Factory that could save thousands of lives at a time the country is grappling with a shortage of the medical equipment in its fight against coronavirus.

IMAGE: A doctor uses an infrared thermometer to measure the temperature of a woman following an outbreak of the coronavirus disease in Prayagraj. Photograph: ANI Photo

The prototype is now awaiting Indian Council of Medical Research clearance to go into production, the Railways said.

"It will cost around Rs 10,000 without the compressor. Once we have the ICMR approval, if we have all the materials, we will be able to produce 100 such ventilators a day," said Ravinder Gupta, general manager of the RCF and the brain behind Jeevan.

"Overall, the cost will still be a fraction of what regular ventilators cost," he said.

A ventilator is a device used to pump air and oxygen into the lungs, and it can be critical for a patient with severe COVID-19 infection which can lead to lung failure.

India might need anywhere between 110,000-220,000 ventilators by May 15 in the worst-case scenario. The number of ventilators today available in the country is a maximum of 57,000 and come with a cost of Rs 5-Rs 15 lakh, according to a Brookings report.

Gupta said the heart of the device is the compressed air container to work the Ambu bag with air without any moving parts like servo motor or piston or link mechanism. It has a microprocessor-based controller and the circuit has been designed by the RCF team.

A valve has been installed to regulate breathing of the patient and the device can be optimized to more compact size. The machine is a silent operator, according to the Railways.

Gupta said the prototype has been made from materials he found in the factory -- the portable compressor is made from an air cooling machine, the body from coach components, the argon flow metre is taken from a laser welding machine and the microprocessor from the coach information system.

The 11-member team behind Jeevan needed to source only two parts -- a regulator valve and a microprocessor -- from vendors in Delhi and Noida. The RCF used emergency transit services to get the two components by road and train during the lockdown.

The machine, Gupta said, provides control on breathing rate, expiratory ratio, and tidal volume - all key parameters for any ventilator and has a microprocessor-based controlling system.

"Today we have made some final tests and now we have a fully functional emergency ventilator which we have manufactured at one-third the cost of ventilators in the market," said the 1984-batch mechanical engineering officer of the Railways.

"Even if we add a few additional indicators, the cost will not rise over Rs 30,000. Also, in this machine, all the aspects can be independently controlled." 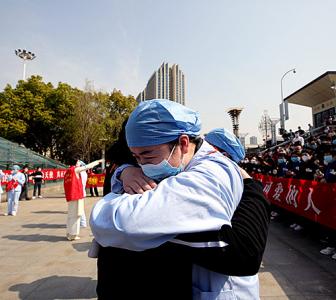 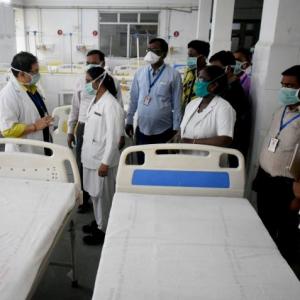 How private hospitals are preparing to fight COVID-19