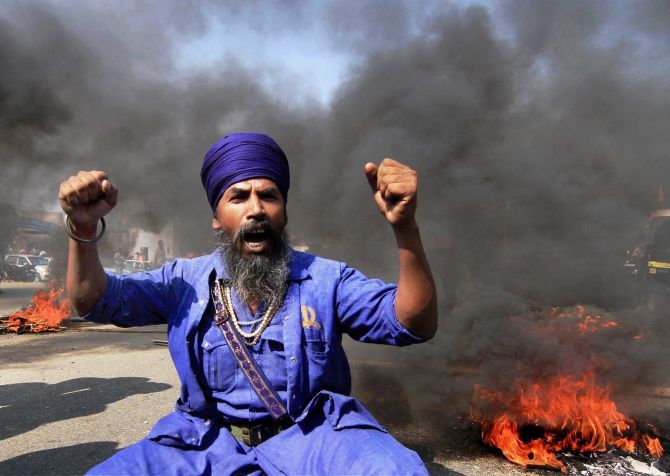 Punjab on Wednesday continued to simmer over incidents of sacrilege with Sikh activists blocking key roads at many places and paramilitary forces taking out flag marches in sensitive areas.

The police detained two members of Legislative Assembly brothers from Ludhiana Simrajit Bains and Balwinder Singh in Ludhiana when they were proceeding to Chandigarh to gherao the residence of Punjab Chief Minister Parkash Singh Badal, the police said.

In the wake of the sensitive situation prevailing in the state after a spate of sacrilege incidents, paramilitary forces have been deployed in four districts -- Amritsar, Jalandhar, Ludhiana and Tarn Taran.

In Amritsar, protesters blocked a road at Amritsar-Jalandhar bypass and Harike in Tarn Taran, demanding action against those who indulged in the sacrilege. Some persons also blackened the poster of Shiromani Gurdwara Parbandhak Committee President Avtar Singh Makkar at Lahorigate, the police said.

On Tuesday, the Punjab police had arrested two brothers in connection with an incident of sacrilege.

The two identified as Rupinder Singh and Jaswinder Singh, of Panjgrain village of Faridkot were arrested in connection with the first incident of sacrilege in the state in Bargari village in Faridkot, where a violent clash between the police and Sikh protesters left two persons killed. 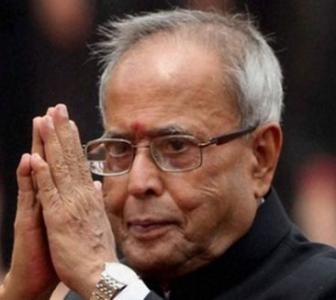 Humanism, pluralism should not be abandoned: Pranab on rising intolerance 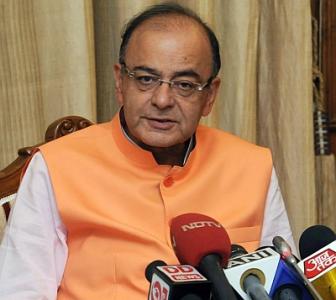 Jaitley on rising intolerance: 'Engage in debate, not vandalism' 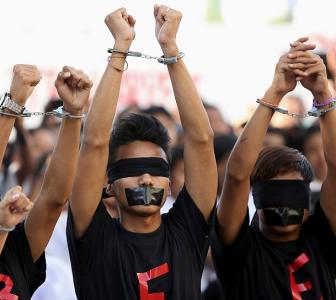 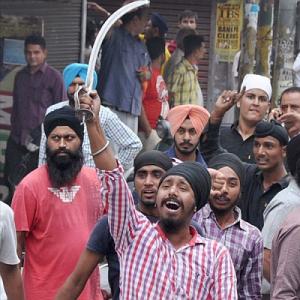 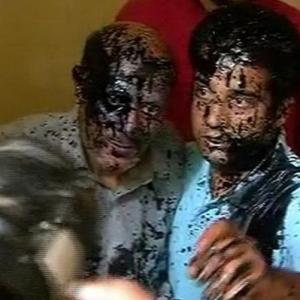