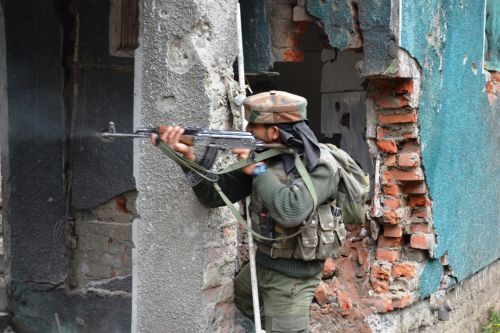 Two terrorists were killed and six persons, including two army personnel, were injured on Monday as an encounter raged in Pulwama district of south Kashmir, police said.

The gunbattle began in the morning after the security forces launched a search operation following a specific tip-off about the presence of terrorists in Bahmnoo area of Pulwama, police said, police spokesman said.

"Two militants have been killed so far while operation is still in progress," the spokesman said.

The identity of the slain ultras could not be ascertained immediately, he added.

Two army personnel sustained minor injuries when the third terrorist hurled a grenade while the security forces were retrieving the bodies of two killed ultras, a police official said.