Thousands of protesters hit the roads across Assam on Monday, demanding the repeal of the Citizenship (Amendment) Act and the draft Environment Impact Assessment Notification 2020. 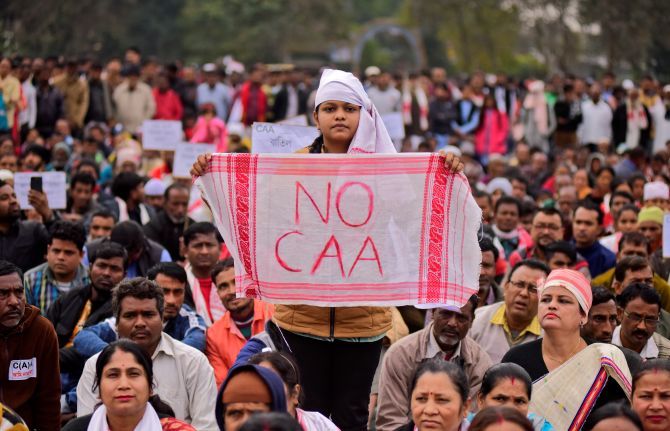 Assembled under the aegis of Asom Jatiyatabadi Yuva Chhatra Parishad, the agitators warned of more intense protests in the future.

The AJYCP supporters also demanded the release of Krishak Mukti Sangram Samiti leader Akhil Gogoi, who is in jail and is being probed by the National Investigation Agency for his alleged role in the violent anti-CAA protests that rocked the state last year.

"We will not stop till the CAA and EIA are repealed. It is also unfortunate how this government has vindictively kept Akhil Gogoi inside jail just to derail the anti-CAA movement," AJYCP's Guwahati unit president Pradip Kalita said while taking part in a human chain in the Narengi area.

In Dibrugarh city, hundreds of protestors were detained by police as they assembled to form a human chain, an official said.

A protestor taking part in a human chain in front of the historic Nagaon College said: "We will not accept the CAA and EIA. We have been protesting against the CAA since 2016, but this government has not listened to us."

In Morigaon town, the All Assam Students' Union and a few tribal student groups joined AJYCP and formed a long human chain.

"The Assam government has failed to protect the people of Assam. We cannot accept the diktat of Delhi. They have to repeal these two," a protestor said.

Human chains were formed across many cities and towns in various districts, including Dhemaji, Darrang, Nalbari and Biswanath.

The contentious CAA seeks to provide Indian citizenship to Hindus, Jains, Christians, Sikhs, Buddhists and Parsis entering India on or before December 31, 2014 from Bangladesh, Pakistan and Afghanistan after five years of residence here.

The new draft intends to bring in controversial amendments such as post-facto grant of approval, exemption of several large industries from public hearings and reducing the time for public consultation to 40 days from 45 days.

It also proposes to permit industries to submit just one compliance report a year rather than two along with increased validity of the environment clearances for mining and river valley projects. 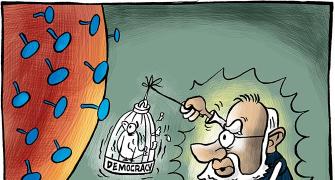 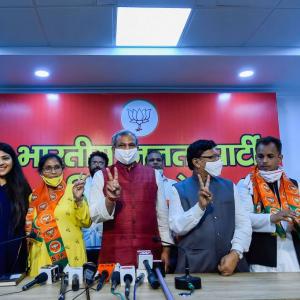