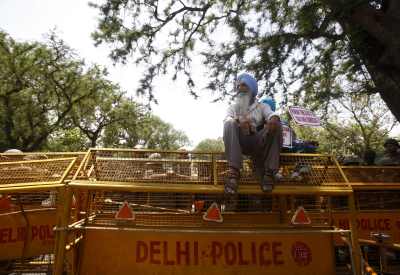 A group of Sikhs on Sunday attempted to march towards Prime Minister Manmohan Singh's residence protesting against the acquittal of Congress Sajjan Kumar in a 1984 anti-Sikh riots case, even as an indefinite fast by one of the victims entered the third day.

The protesters who gathered at Jantar Mantar here began their march towards the 7, Racecourse Road residence of the prime minister in the afternoon, but were prevented by cops near the Parliament Street police station from moving ahead.

Shouting slogans against Congress leaders, some of the protesters had a scuffle with the police and tried to break the barricades.

They were stopped by the police at the barricades and many of them were detained. As a preventive measure, police had deployed a large contingent besides water canons. The protesters, who were detained, were let off later. The group went back to Jantar Mantar.

"Today we wanted to march to the PM's residence but we were stopped by the police. Tomorrow, we will adopt a different strategy. We will fight till justice is done," Manjeet Singh GK, president of Delhi Sikh Gurudwara Management Committee, said.

Former Delhi Bharatiya Janata Party chief Vijender Gupta said, "The rights of the Sikhs have been denied. Even after these years, justice couldn't be done. The way the police and the government have tried to play with witnesses and evidences to hide the truth...even the police's role seems to be suspicious. We fully support them (Sikhs). The Congress government needs to give an answer," he said.

Meanwhile, the indefinite fast of Nirpreet Kaur, one of the 1984 riot victims, entered the third day today. Kaur is protesting against the acquittal of Kumar.

Kaur, who lost her father in the riots, had on Saturday shot off a letter to the Prime Minister asking him to set up a Special Investigation Team to probe the riots. She has also demanded that the Central Bureau of Investigation should file an appeal in the Delhi high court against Sajjan Kumar in the case in which he was recently acquitted by a trial court.

They warned that if the government failed to take appropriate steps to ensure punishment for the culprits, the agitation would be further stepped up in coming days. The main Ludhiana Delhi rail route remained suspended for four hours. SGPC president Avtar Singh Makkar also addressed the protesters.

Image: A Sikh demonstrator sits on a police barricade during a protest against Sajjan Kumar's acquittal in the 1984 anti-Sikh riots case | Photograph: Mansi Thapliyal/Reuters 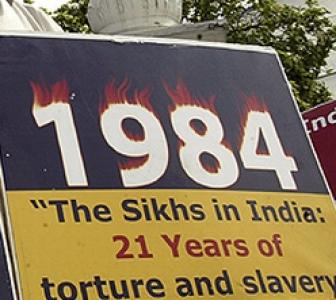 WHY Sajjan Kumar was acquitted in 1984 riots case 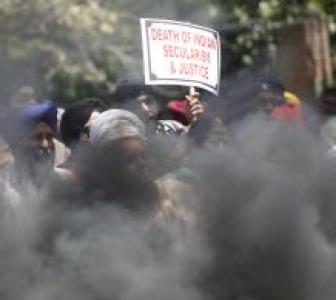 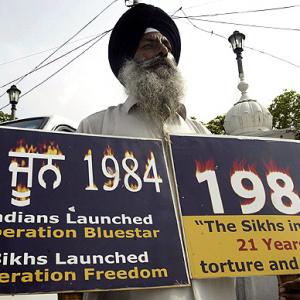 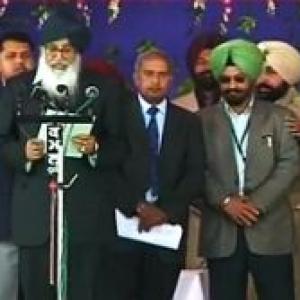