Watson, who has been in the forefront of Parliamentary scrutiny of the phone-hacking scandal involving the media empire's now-defunct News of the World tabloid, said if it was proved that Murdoch misled the Culture, Media and Sport Select Committee, he will have to face the law.

Murdoch had told the committee that he was not "aware" of an email suggesting that wrongdoing went wider than a "rogue" News of the World reporter. But former News of the World editor Colin Myler and ex-News International legal manager Tom Crone on Thursday night said they "did inform" him of the email.

Watson said, "If (Colin Myler and Tom Crone's) statement is accurate it shows James Murdoch had knowledge that others were involved in hacking as early as 2008, it shows he failed to act to discipline staff or initiate an internal investigation, which undermines (his father) Rupert Murdoch's evidence to our committee that the company had a zero tolerance to wrongdoing."

The Metropolitan Police later confirmed that Watson's request for an investigation "was being considered," BBC said. In a statement, James Murdoch said, "I stand by my testimony to the select committee."

The testimony in question refers to the April 2008 payment authorised by Murdoch as part of an out-of-court settlement of more than 600,000 pounds to Gordon Taylor, chief executive of the Professional Footballers' Association, over the hacking of his phone. He had said at the time he did not know the full extent of hacking that may have been going on at the News of the World.

The paper's royal editor Clive Goodman and private investigator Glenn Mulcaire had both been jailed for hacking into phones of the royal household in 2007. At the committee hearing, Watson asked Murdoch: "When you signed off the Taylor payment, did you see or were you made aware of the full" email suggesting hacking was more widespread than had been admitted. To which, Murdoch replied: "No, I was not aware of that at the time... There was every reason to settle the case, given the likelihood of losing the case and given the damages - we had received counsel - that would be levied."

In their statement, Myler and Crone said, "Just by way of clarification relating to Tuesday's CMS Select Committee hearing, we would like to point out that James Murdoch's recollection of what he was told when agreeing to settle the Gordon Taylor litigation was mistaken.

"In fact, we did inform him of the 'for Neville' email that had been produced to us by Gordon Taylor's lawyers." In an editorial titled 'News Corp and phone hacking: Wilful blindness at the very top', The Guardian said, "If Mr Murdoch's evidence was wrong, it undermines all the clean broom assurances he and his father gave to Parliament on Wednesday. A very great deal hangs on sorting out who is telling the truth." 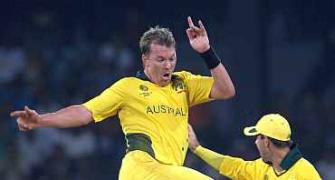 NDTV set to revive alliance with STAR
The prodigals return

Check out the 14 squads for the World Cup 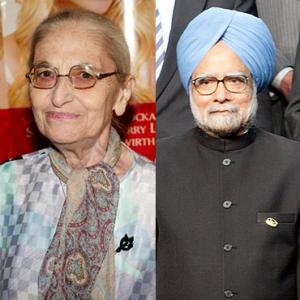