The Central Bureau of Investigation on Thursday termed 'speculative' and 'erroneous' the media reports claiming that the agency has concluded its probe in actor Sushant Singh Rajput death case and may soon file a closure report, officials said. 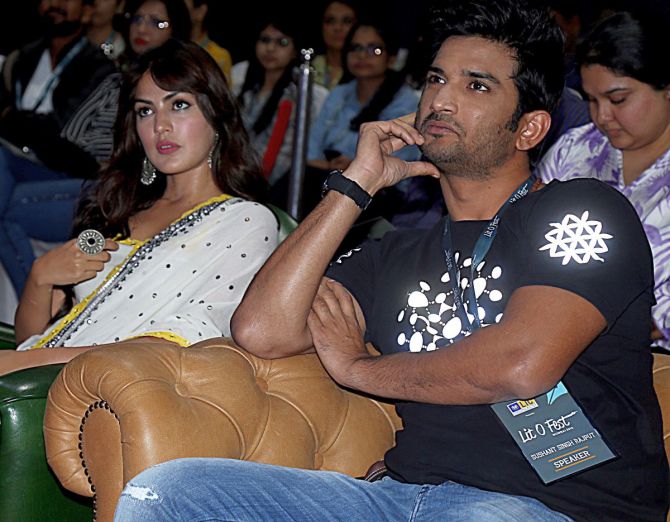 In third such statement since registering a first information report in the case, the central investigating agency termed as speculative stories related to its finding in the matter.

'The CBI continues to investigate the death of Sushant Singh Rajput.

'There are certain speculative reports in media that the CBI has reached a conclusion. It may be reiterated that these reports are speculative and erroneous,' CBI spokesperson R K Gaur said in a statement.

The CBI is probing a case of abetment to suicide against Rajput's girlfriend Rhea Chakraborty and her family members.

The agency had taken over the FIR filed on the complaint of K K Singh, Rajput's father, at a Patna police station alleging criminal conspiracy, abetment to suicide, wrongful confinement, criminal breach of trust, theft and criminal intimidation, which was forwarded to the Centre for a CBI probe.

Rajput, aged 34, was found hanging from the ceiling of his apartment in suburban Bandra in Mumbai on June 14 and since then, the Mumbai Police has been probing the case taking into account various angles.

AIIMS forensic medicine experts had ruled out any foul play in the actor's death.

In its conclusive medico-legal opinion to the CBI, the six-member team of forensic doctors had dismissed the claims of 'poisoning and strangling' made in the case.

"It is a case of hanging and death by suicide. We have submitted our conclusive report to the Central Bureau of Investigation," Sudhir Gupta, chairman of the forensic medical board, said.

There was no injury on the body other than that of hanging. Also, there was no mark of struggle and scuffle, he said, but refused to divulge any further details stating the case was sub judice. Sushant case inputs must be obtained from CBI: AIIMS